“My little baby is all grown up and saving China.”

The big event this week is how China celebrates 100 years of it’s Communist Party. What does it mean for markets, and where is China likely to go from here?

Lots going on this week in terms of the data and the end of Q2 – across financial markets investors will be scrabbling to ring fence returns made this year, and figure out where they are going to come from in the remaining quarters. Just how vulnerable, or resilient markets prove to be – well, that is always the question.

However, the really big event this week is China celebrating 100 years of the CCP on Thursday. Actually, no one knows the exact date the cadre first assembled in a Shanghai smoky room – as he grew the cult, Mao only chose July 1st as an auspicious date for the commemoration years later. He who wins writes the histories.. 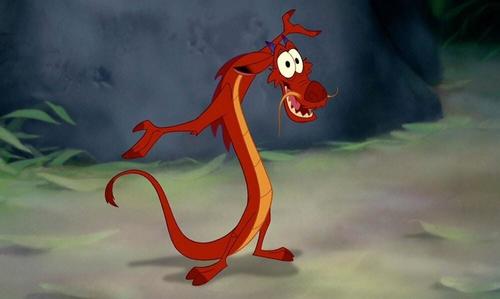 More than a few market speculators fear the Chinese may decide to do something silly to mark the day – I suspect lots of very long dull speeches.

There are lots of questions around the 100 years of Chinese Capitommunism.

How has communism thrived and survived in China when it so spectacularly failed in Russia, Eastern Europe and Cuba? How does the cult of Xi compare to the cult of Mao? How sustainable is the party’s role and control of the state? Can China take on the west economically and win? What about the aspirations of the Chinese people?

You will find a multitude of opinions, answers and imaginings in the press this week.

In the words of the old Chinese curse, the CCP’s rule has been “interesting”. Chaotic recovery paralleling the Soviet Union is one reading of Chinese history post-Communist victory in 1945. Just like in Russia the initial state collectivisation/industrialisation plans following the civil war caused untold misery and deaths through starvation as it became clear the revolutionary government lacked skills and personnel – who had fled the nation.

Famine was followed by the purges of the Cultural Revolution shoring up the Party’s status, before the spikes in the ongoing chaotic sequence dampened. From the 1980s New Economic Polices (initially straight out the Soviet playbook) moved the political sequence onto less volatile growth track incorporating a thousand flowers and capitalism with Chinese characteristics from 1980. Where Russia failed – the state effectively captured by the kleptocracy of Oligarchs – China proved more stable.

The CCP succeeded on two levels. Its survived, and despite the unpleasantness, it delivered its side of the bargain with the people – jobs and rising prosperity. To stay on track – its demonstrated ruthlessness, clamping down hard in Tibet, Hong Kong and Xinjiang. In 1989 when the process generated just a little too much freedom and aspirations, leading to near revolution out of Tiananmen Square.

Today we see the Chinese economy challenging the US in terms of scale – but not in terms of per capita. We see the Chinese military challenging the US hegemony. But, don’t forget; 55 years ago we though the USSR would win the race to the moon. Much is being written on how successful China will be as the challenger state to the USA – but none of it is set in the stone of history yet!

The CCP faces far more friction and strife than we perceive from the west.

It is no longer a revolutionary party. It is the party of state. Its longevity will depend on how it adapts to an ever changing political landscape. Its biggest threat may be its size.  Xi is merely the first among his cohort of party princelings, the children of the generation purged during the cultural revolution, to have reached the top. Like any good classical hero, his primary concern is to secure and hold his powerbase; purging rivals, dispensing with term limits on office, and launching his own Xi cult to out-shine previous emperors.

The reality is the CCP mirrors the Dynasties that have shaped China’s. Typically they fell because they became ossified and unable to react to counter new threats – there is a danger the same is happening to the party of Xi.

But, give Xi credit. He’s strengthened the party and yoked it successfully under his patronage. The party presents a simple choice to Chinese who want to get on in business – join the party and do our bidding in return. That’s also a recipe for corruption. Meanwhile, the core working population (in urban areas) get their jobs and rising standards of living demonstrated nightly on the Televiewer – last night it was China’s Mar’s rover, while all sources of dissent are quietly crushed by the state apparatus.

China has one standout advantage over its rivals. Homogeneity.

There isn’t much talk about diversity in the Chinese Congress – Han culture doesn’t have much truck with outsiders. It rejoices in how fragmented the distrusting tribes of the West have become. It’s not just race or tribe, Xi will be laughing at the increasing polarisation and fracture between Republicans and Democrats, and the way in which Western commercial and business exceptionalism is being assaulted from within by the ill-considered consequences of Wokery, ESG tomfoolery and a growing fearfulness to speak out or criticise.

When it comes down to predicting the future I always go with the simple manta – it will not be a bad as we think, nor will it be as good as we hope. The reality is China is part of the global economy. It is exciting and full of opportunity, but it’s also repressive and breaches much of what we can accept morally – the Uyghurs and Hong Kong being the obvious abuses.

I reckon China boils down to a number of scenarios:

These are all scales. They usually find balance.

My own guess is China will increasingly struggle to balance the bureaucracy of state vs wealth, its ageing demographics will slow growth, it will be forced to adopt a more measured diplomatic role (scaling back on geopolitical tensions), while a mature Chinese tech sector could prove a massive spur to the development of the next generation of tech advances in the West.

On the other hand… lots of observers reckon its classic Thucydides Trap which originally posited the Peloponnesian Wars between Sparta and the rising strength of Athens became inevitable. Carthage and Rome is another example….