Worldwide weather appears more volatile than ever, or perhaps social media and how news quickly decimates just makes us more aware of these events.

“On the afternoon of June 28, strong sandstorms occurred in the Urad Rear Banner and Urad Central Banner of Bayanzhuoer, Inner Mongolia,” tweeted “qingyanjiejie.” 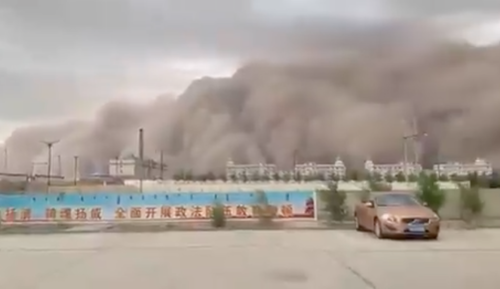 The Twitter user said, “Hundreds of meters long sand wall swept along with the wind, covering the sky and the sun. The sky was dark yellow and the air was filled with sand.” 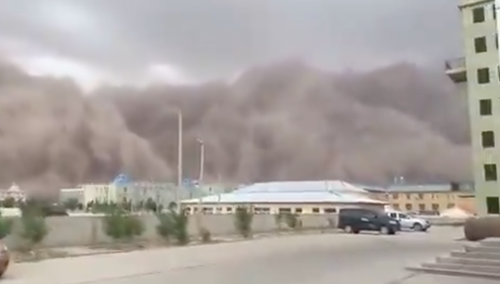 The video qingyanjiejie posted shows a massive wall of sand encompassing a city in Inner Mongolia.

The report was confirmed by Sky News, who said, “A huge sandstorm has hit Inner Mongolia, lasting for around 40 minutes before calming down.”

A huge sandstorm has hit Inner Mongolia, lasting for around 40 minutes before calming down.

A combination of volatile weather and environmental degradation has created a perfect storm of sandstorms this season through March, April, and May that canceled flights, reduced air quality, and killed animal herds in both Mongolia and China.