Five decades have passed since former South African President Jacob Zuma was last imprisoned – he served a 10-year-term at the notorious jail at Robben Island alongside the ANC’s revolutionary leader Nelson Mandela – but pretty soon, he’ll find himself inside a jail cell once again as South Africa’s Constitutional Court again sentenced him to 15 months in prison for contempt of court. 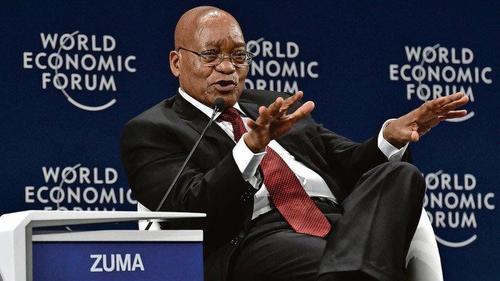 Zuma must now turn himself in within five days. Should he refuse, South African police will be ordered to “take all steps necessary” within three days to ensure that he’s imprisoned – otherwise the former president will essentially be openly flouting the country’s courts, dealing a major blow to the government’s credibility.

Acting Chief Justice Sisi Khampepe issued a forceful ruling, ordering a prison term because it would be “the only appropriate sanction” after Zuma repeatedly refused to appear when summoned for hearings at South Africa’s Constitutional Court. The court was responsible for overseeing an investigation into corruption headed by Raymond Zondo, South Africa’s deputy chief justice, according to the BBC.

“I am left with no option but to commit Mr Zuma to imprisonment, with the hope that doing so sends an unequivocal message… the rule of law and the administration of justice prevails.”

The long-running investigation has been investigating allegations that Zuma helped the Guptas, a well-known business family of Indian origins, secure state contracts and determine policy in what has become known as the ‘state capture’ scandal. Both parties have denied wrongdoing, and it’s worth noting that Zuma’s prison sentence wasn’t ordered as a result of the scandal, but as a result of Zuma’s refusal to cooperate with the investigation.

Since Zuma was forced to step down in 2018 as a corruption scandal intensified, the investigation has become a symbol of his successor Cyril Ramaphosa’s efforts to clean up the federal government.

During the investigation, dozens of witnesses have implicated the former president in systematic corruption, including the manipulation of ministerial appointments and contracts to favour the business empire of the Indian-born family.

Zuma made one brief appearance before the inquiry in 2019 to deny any involvement in corruption and to insist that his accusers were part of a foreign effort to “drive me from the scene”. But at his next appearance, he refused to answer any questions. He staged a walkout and has not returned to the witness stand.

This isn’t the only corruption probe Zuma is facing: In a separate legal matter, the former president pleaded not guilty last month in a corruption trial involving a $5 billion arms deal from the 1990s.