With nearly 400K COVID-19 deaths, India has the world’s third-highest coronavirus death toll, following the US (in first place with more than 600K+) and Brazil (coming in second with 510K+). For months now, we have been reporting on commentary from analysts and public health experts speculating that India’s total COVID deaths might be 2x the official number. Some journalists have even found evidence of deaths that weren’t included in the official tally.

On Monday, a story published by WSJ cited modeling from the University of Washington’s IHME institute, the not-very-accurate purveyor of COVID-19 forecasting, which suggests that India’s COVID-19 death toll might be as high as 1.1MM. This would mean that the wave of infections that spread across India in April and May (largely driven by the Delta variant) may have been the deadliest outbreak yet. 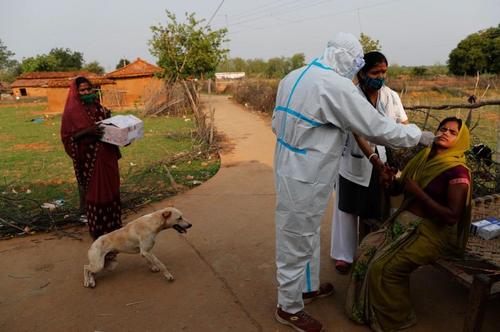 Lacking accurate data on deaths is a problem for scientists trying to determine exactly how much deadlier the “Delta” variant is when compared with earlier strains of the virus. An accurate count is “a very important part of understanding how big a threat new variants are,” said Christopher Murray, director of the University of Washington’s Institute for Health Metrics and Evaluation.

Another academic believes COVID deaths in India might be as much as 5x higher than the current tally, which would place the death toll closer to 2MM. That’s according to Murad Banaji, a mathematician at the Middlesex University in London who has been tracking the pandemic in India, estimates the country’s real death toll could be around 5x the reported figure, based partly on mortality and serosurvey data (which purports to show the percentage of antibodies in the population, data that has been collected and relied upon by India’s public health authorities).

Of course, as we noted above, it’s not just India. The WHO believes the true number of COVID-19 cases around the world is 2x to 3x higher than the official tally.

But India’s undercounting of deaths is especially severe because overwhelmed hospitals started turning away patients during the April-May outbreak, leaving many to die in their homes are cars. Many of these patients weren’t counted because their deaths didn’t take place in a hospital, but at home, without them ever being tested for COVID.

Several Indian states have set up compensation funds to help families that lost loved ones during the pandemic. However, these funds typically require proof that the death was caused by COVID-19, leaving thousands of families effectively shut out of one of the most reliable sources of government support.

In the village of Sirondhan in the northern state of Uttar Pradesh, for example, Vijay Pal Singh said his 38-year-old wife, Mithilesh Devi, fell ill last month with a fever and struggled to breathe. Mr. Singh said he took her to the village clinic and several hospitals in the district, but none had available beds or testing kits.

“She died at home, gasping for oxygen,” Mr. Singh said. Her death wasn’t included in the official Covid-19 tally, he added.

At least 30 people died in the village in late April and early May, many suffering from Covid-like symptoms, according to villagers and social workers. A further 47 died in two neighboring villages.

Villager Dharamvir Singh said one or two people died almost every day during the worst weeks of the second wave. He says he believes he and four members of his family were infected. No one was tested.

“The official numbers, at least for our village and a few others close to us, are totally wrong,” Mr. Singh said.

Government officials in the state insist that the official numbers are correct, and that there are no plans to expand or revise the tallies. This shouldn’t come as a surprise, since Prime Minister Narendra Modi’s government praises states with lower numbers while castigating states with higher numbers. While some states and cities have adjusted their tallies, the official numbers likely remain far below the true figures. A recent investigation in the state of Bihar found nearly 4,000 more Covid-19 deaths, raising its toll by over 72%.

At the very least, more communities across India are resorting to COVID prophylactics like Ivermectin, measures that have apparently helped India to finally bring its outbreak under control.