Facebook stock soared to a new record high after a District judge dismissed two antitrust cases filed by the federal government and a coalition of states.

According to Boasberg’s opinion, the FTC didn’t offer enough details to show that Facebook has a monopoly for social networking services.

As Bloomberg notes, with the ruling, Facebook has escaped the most significant regulatory threat to its business to emerge out of the wider crackdown on U.S. technology giants. The decision also delivers a blow to the FTC and the states, which claimed Facebook violated antitrust laws by buying photo-sharing app Instagram and messaging service WhatsApp in order to cut off emerging competitive threats and protect its monopoly.

Boasberg’s decision to toss the Facebook complaints shows the hurdles U.S. antitrust enforcers face in trying to take on the internet giants. Officials on their own can’t break up companies or impose other remedies, but instead must persuade judges to take action. The process can take years.

Facebook stock surged more than 3% on the news, sending the stock to a new all time high… 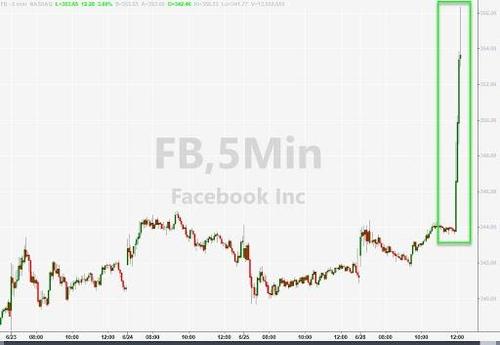 … and pushing the company’s market cap above $1 trillion for the first time ever, where FB joins the other quatro comas FAAMG club members. 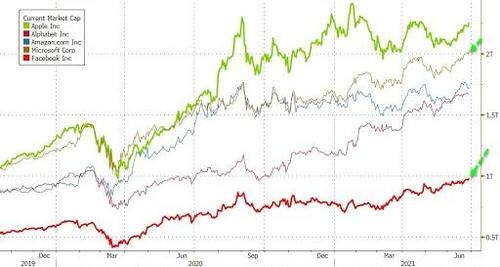 The full opinion is below (pdf link).