Authored by MN Gordon via EconomicPrism.com,

Jerome Powell might be done as a useful Federal Reserve Chairman.  Not that Fed Chairs provide a use that’s of any real value.  They mainly excel at destroying the wealth of wage earners and savers for the benefit of member banks.

But as Powell loses a grip on price inflation the business of supplying credit at a fixed rate of return becomes less fruitful.  Consumer price inflation, as measured by the consumer price index (CPI), is rising at an annual rate of 4.2 percent.  That’s well above interest rate of a 30 year fixed mortgage, which is currently 3.1 percent.

It doesn’t take much imagination to foresee a CPI over 6 percent.  At that rate of price inflation, what good to the bank is a home loan that’s only paying 3 percent?  This, among other reasons, is why Jay Powell is toast.

Powell, no doubt, has been going along to get along since long before he took over the reins of the Federal Reserve.  He’s always done what everyone asked.  He’s rapidly expanded the Fed’s balance sheet to fund massive government deficits and backstop the mortgage market.

Of course, he’s not alone.  The central planners in the U.S. and abroad manufactured this price inflation through decades of mass money printing, credit market intervention, and currency devaluations.  Anyone with half a brain knew the day would come when the glut of money and credit would jack up consumer prices.  Quite frankly, what took so long?

This is a complex question to answer.  One that’s much to intricate for us to comprehend.  Still, today we attempt to unfold one wrinkle of the complexity:

The latest out of China, as reported by the Wall Street Journal, is that rising raw materials and a shortage of factory workers have put the pinch on small manufacturers.  Some manufacturers have passed higher costs to overseas buyers, including U.S. consumers.  Others, however, are refusing to accept new orders. 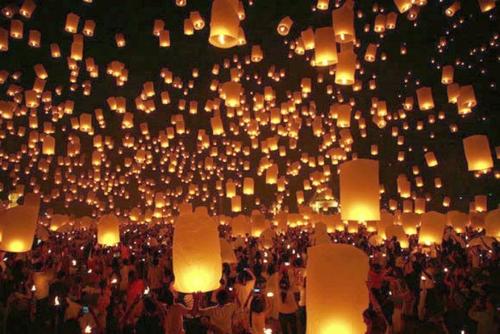 For example, Zhongshan Xiliwang Electrical Appliances Co., a kitchen ventilator producer based in southern China, has been operating at a loss since April.  Surging prices for metals, glasses, and switches have eroded profit margins.  The company told clients in mid-May it would stop accepting new orders temporarily.

The strategy of delaying orders is based on the hope that raw material prices will weaken, along with demand for consumer goods.  But what if the price of raw materials continue to climb?  And what if consumer demand tightens?  Won’t this lead to more shortages in consumer goods and, ultimately, higher consumer prices?

For several decades Chinese manufacturers kept U.S. consumer prices in check through a managed exchange rate that supported cheap labor costs.  Those days appear to be over.  China now has a shortage of manufacturing workers.

In the midst of rising raw materials prices in China, and rising consumer prices in the U.S., the Chinese yuan has hit a three-year high against the U.S. dollar.  This, no doubt, is unacceptable to the communist central planners.

Thus, on Monday, the People’s Bank of China (PBOC) said it will hike the foreign exchange reserve requirement ratio for financial institutions to 7 percent from 5 percent.  This increase will make it more expensive for banks to hold dollars.  The PBOC’s goal is to slow the yuan’s pace of appreciation by discouraging the inflow of dollars.

How this is achievable, given China’s massive trade surplus with the U.S., is unclear.  But the PBOC will pursue it nonetheless.  In fact, a strange conundrum is developing.  Here we turn to Michael Every of Rabobank in an attempt to better understand what’s going on.

“Countries usually push back against FX appreciation because it is deflationary, and encourage depreciation because it is inflationary.  Yet the U.S. doesn’t like that a weaker USD also means higher commodity prices, partly because of Chinese demand: they want the juice of a stimulus-driven weaker USD with none of the pith and pips of inflation.  For its part, China doesn’t like a stronger CNY partly because it encourages commodity inflation by making the price of these USD-priced imports cheaper in CNY terms, which allows demand to stay high even as USD prices rise.

“So both sides can perhaps agree short term that a signal of weaker CNY helps both fight inflation.  However, in the bigger picture, both want a reflationary weaker currency (and China a ‘stable’ one) and lower commodity prices – which can only happen if the other’s commodity demand drops significantly.  How is FX cooperation going to work out then?  ‘Success has many parents, but failure is an orphan’ as they say.”

The ability of U.S. central planners to export price inflation to China is finally breaking down.  This ability masked the effect of loose fiscal and monetary policies in the U.S. for several decades, as the consequences of enormous deficits and radical money supply expansion were offset by low cost consumer goods.  Those days are over.

You can take that to the bank.