America has been engulfed with a drug problem for decades, but the situation is quickly deteriorating as the largest inbound fentanyl traffic into the country was recently reported. Not surprising, but Las Vegas has been the latest metro area to suffer an “alarming” surge in overdose deaths.

According to Las Vegas Sun, fentanyl killed 219 people in the Las Vegas Valley in 2020, a stunning 200% increase from the prior year. 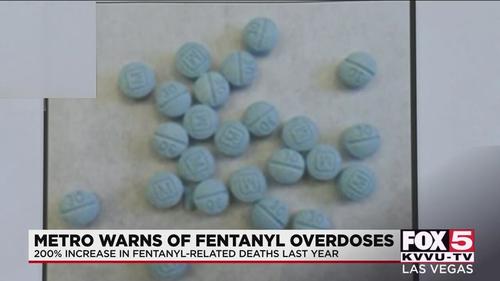 During the 2015-18 opioid crisis that ravaged many metros across the US, Clark County, Nevada, the area that houses Las Vegas, recorded annual reductions in opioid overdoses and deaths.

Since then, Mexican fentanyl has flooded the town, and overdoses/deaths have soared.

Reporters questioned Pelletier about how the drug crisis is going so far (on a year-to-date basis), he answered: “not good.”

“Clark County fentanyl deaths are on par with the “alarming” 30% increase in total overdose deaths in 2020, when 768 people succumbed to them, compared with 591 in 2019,” Pelletier said, adding that 31 people were killed in the county in August, an average of about one per day.

Another issue in Las Vegas and across Clark County is counterfeit pills that look identical to prescription medications are cut with fentanyl and have been responsible for overdoses and deaths. 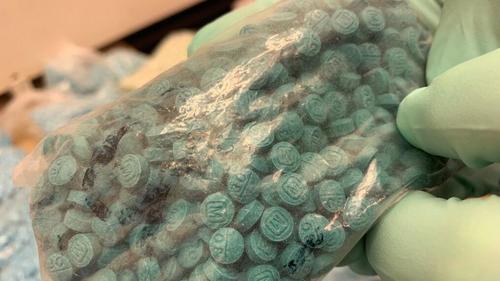 The rise in fentanyl use across Clark County coincided with multiple things, such as a socio-economic implosion of Vegas during lockdowns, where tens of thousands of people lost their jobs. At the same time, Mexican drug cartels were pumping record amounts of the drug into the US – some describe this as a ‘perfect storm.’

… and Pelletier is correct. The drug crisis has dramatically worsened since the pandemic began, with many streets in various metro areas have transformed into a “zombie apocalypse.”

Right now, Mexican drug cartels are pumping US streets with fentanyl, and the Biden administration doesn’t seem too worried about doing anything to stop this from happening with their relaxed border policies.

Vegas and the surrounding county are the next victims of the fentanyl crisis. Those partying in Vegas, be careful what party drugs you ingest. It could very well be cut with fentanyl.