White House Dedicates $1.7 Billion To Tracking COVID Mutations Across US

White House Dedicates $1.7 Billion To Tracking COVID Mutations Across US

As President Biden’s COVID advisory team scrambles to turn the “fearmongering” dial about the threat posed by mutant strains of the virus that causes COVID-19, the White House is dedicating $1.7 billion in COVID relief funds to tracing the “variant” strains. This comes after Dr. Anthony Fauci and others have struggled to explain why the US lagged behind other western countries, such as the UK, in detecting and tracing the spread of these variants, which require more advanced analysis to identify.

The money, taken from last month’s $1.9 trillion stimulus package, will help the CDC and individual states monitor emerging variants by boosting the country’s capacity to sequence the virus’s genome and detect mutations, the White House said. It comes as the B.1.1.7 variant, also known as “the Kent strain” from where it was first sequenced in the UK, is raising alarms as it is now one of – if not the most – common strains in hotspots like Michigan and NYC. 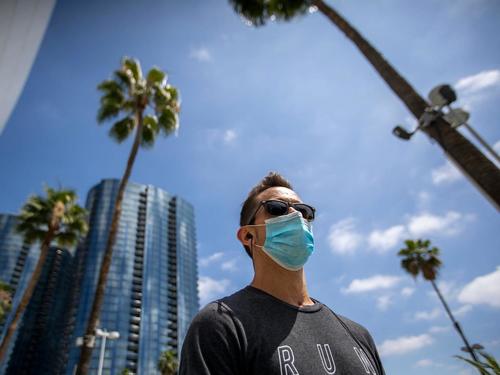 B.1.1.7 and other variants are increasingly infecting younger children, prompting at least one respected epidemiologist – the University of Minnesota’s Michael Osterholm – to warn the press about a “brand new ball game” for fighting COVID (fortunately, Pfizer has been making swift progress in trials of its COVID-19 vaccine on increasingly youonger children).

The money will be used for collecting COVID-19 samples, sequencing their genomes to identify the strain, and sharing the data, according to a fact sheet provided by the White House, which pointed to these “new and potentially dangerous strains” in its statement. The investment also includes $400MM to establish six “Centers of Excellence in Genomic Epidemiology,” a partnership between state health departments and academic institutions for research and development of the new strains, while also providing $300MM to create a national bioinformatics system to share and analyze sequencing data. The administration will dole out the first portion of the money in early May, with a second tranche expected to be invested over the next several years.

“At this critical juncture in the pandemic, these new resources will help ensure states and the CDC have the support they need to fight back against dangerous variants and slow the spread of the virus,” White House COVID-19 Testing Coordinator Carole Johnson said in a statement.

The administration published a factsheet with a complete breakdown of funding by state.

Funding from American Rescue Plan will help CDC and Governors monitor, track, and defeat emerging variants that are currently threatening pockets of the country.

The original strain of COVID-19 comprises only about half of all cases in America today. New and potentially dangerous strains of the virus make up the other half. In order to improve the detection, monitoring, and mitigation of these COVID-19 variants, the Biden Administration is rapidly investing $1.7 billion from the American Rescue Plan to help states and other jurisdictions more effectively fight these mutations.

An essential component of the response to the emerging COVID-19 variants is increasing the country’s genomic sequencing — the process by which COVID DNA is decoded and potentially deadly mutations in the virus are detected. Today’s funding, allocated through the Centers for Disease Control and Prevention (CDC), will help the CDC, states, and other jurisdictions more effectively detect and track variants by scaling genomic sequencing efforts. With the information from sequencing, the CDC and state and local public health leaders can implement known prevention measures to stop the spread.

In early February, U.S. laboratories were only sequencing about 8,000 COVID-19 strains per week. Since then, the rate of sequencing has increased substantially, strengthening the country’s ability to detect and respond to emerging and more contagious COVID-19 strains, like the variants currently sweeping through the Midwest and parts of the East Coast. The Biden Administration has already made a nearly $200 million investment to help increase genomic sequencing to 29,000 samples per week. Thanks to today’s funding from the American Rescue Plan, states and the CDC will expand that even further and, importantly, provide states with more resources to expand their own efforts to increase geographic coverage of sequencing to better detect emerging threats like variants. This will mean that both existing and any new COVID variants could be detected faster, before they grow prevalent.

USA Today pointed out that the US ranks 33rd in the world for its rate of sequencing, falling between Burkina Faso and Zimbabwe, according to COVID CoV Genomic, a group led by researchers at Harvard and MIT. The top three nations (Iceland, Australia and New Zealand) sequenced viral genomes at a rate 55 to 95 times greater.

Notably, the money is being announced one day after Pfizer CEO Albert Bourlas told reporters that Americans would “likely” need a third vaccine shot within 12 months (and as soon as six months) after their second dose, and possibly annual jabs every year after that. But how will the public know to be afraid of the new mutant strains if the US can’t monitor their spread?