UK council authorities are putting more ‘COVID marshals’ onto the streets to report people to the police for not properly social distancing. 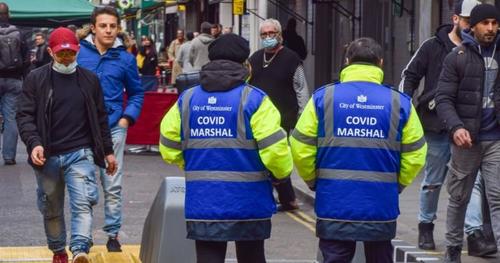 After the government lifted some lockdown restrictions on Monday, bars and restaurants were allowed to open outside.

This prompted the media to once again hysterically point to footage of people daring to enjoy themselves in order to whip up another contrived panic over a ‘4th wave’ of the virus returning despite Britain having one of the lowest case rates in the world amongst major countries.

Hard to believe this is central London on a Monday night as opposed to some decadent festival.

Spontaneous cheering. People quite literally dancing in the streets- the liberation is palpable. pic.twitter.com/gxHeuKcood

“Councils across England have boosted the number of Covid-19 marshals patrolling city centres after scenes of overcrowding since outdoor drinking and dining resumed on Monday,” reports the Times.

The marshals have no enforcement power, so their role almost entirely depends on lecturing people about their behavior and then snitching on them to police if they fail to comply.

As we previously highlighted, when the second lockdown was implemented in the UK last autumn, COVID marshals were dispatched to ensure pubs and clubs were closed.

Photographs from the patrols showed marshals peering into windows and letterboxes to ensure gatherings or private parties were not taking place. 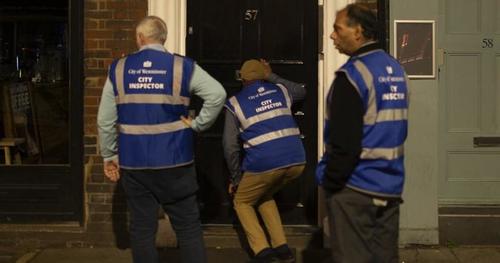 Images from London on Monday also showed masked security guards with attack dogs waiting to deal with any trouble caused by overcrowding as shops re-opened.

This is all apparently part of the process of regaining our freedom!