Does The FOMC Even Believe What It’s Saying?

Does The FOMC Even Believe What It’s Saying?

Authored by Robert Aro via The Mises Institute,

The latest Federal Open Market Committee (FOMC) meeting minutes shows a series of questionable ideas. Other than the people in the closed door meeting, it’s difficult to know whether they believe what they discuss, or just go through the motions, attempting to stave off economic collapse for as long as possible. 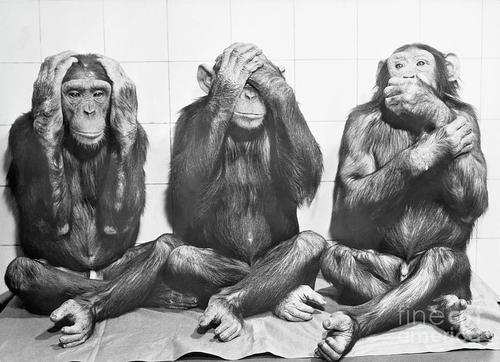 With just a few quotes, the direction the Fed/US Government is taking us becomes clear:

GDP also looks to be on the rise:

The information available at the time of the March 16–17 meeting suggested that U.S. real gross domestic product (GDP) was expanding in the first quarter of 2021…

Consumer spending appeared to be increasing in the first quarter at a pace considerably faster, on balance, than in the fourth quarter of last year.

But not only is spending on the rise:

In addition, the personal saving rate jumped to an even higher level in January, and ongoing gains in labor earnings along with further fiscal support pointed to additional increases in accumulated household savings.

Real PCE expanded strongly in January after declining over the preceding two months, with spending likely boosted by federal stimulus payments sent out in early January.

Yields, GDP, the stock market, spending, savings, inflation, on the rise; overall debt levels, the money supply, and the Fed’s balance sheet are also on the rise. But we should pay attention to federal stimulus payments as well as central bank accommodation, which, you guessed it, are on the rise.

It’s strange that for all the central bank and government inflationary schemes, the Fed will still make claims such as:

For some peculiar reason it seems to be everything except the increase in money supply, debt levels, and currency debasement as the cause for asset prices abroad.

Naturally, other central banks reacted to this:

It’s not just in America. The same interventions are being played out the world over under the guise of economic policy aimed to help the economy, or worse, achieve arbitrary employment and inflation targets. The notion that governments and central banks can spend to prosperity is highly regarded as economic dogma.

Of all the people in the meeting, with the years of experience and credentials between them, surely at least one of them would question the sustainability of an economy where everything rises due to central banks and government increasing the money supply, while simultaneously taking on debt, for no clear purpose other than obtaining stimulated economic effects.