Urban Flight During Pandemic Made Rent Less Affordable Across US

Urban Flight During Pandemic Made Rent Less Affordable Across US 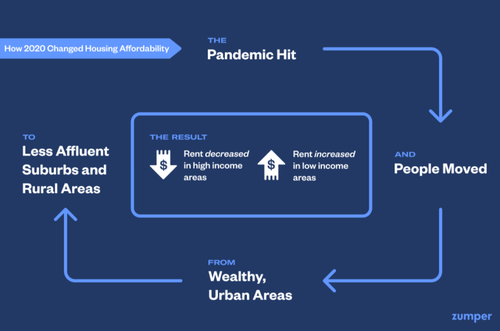 Zumper shows this relationship below in its National Rent Report, which tracks rents for US cities. 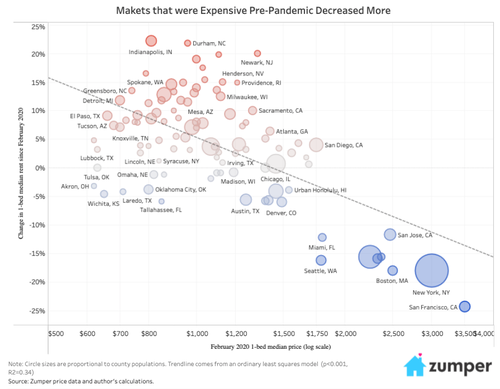 “This is, at its heart, a migration story,” said Neil Gerstein, an analyst at Zumper and the author of the study, who Bloomberg quoted. “These prices are shifting because the pandemic caused a lot of people to move.”

The chart below shows rents in many lower-income areas surged while rents in wealthier metro areas plunged. 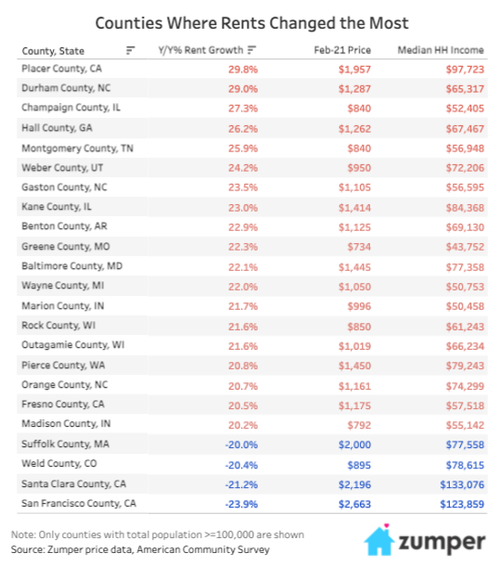 Here’s another view of rents increasing in less affluent areas. 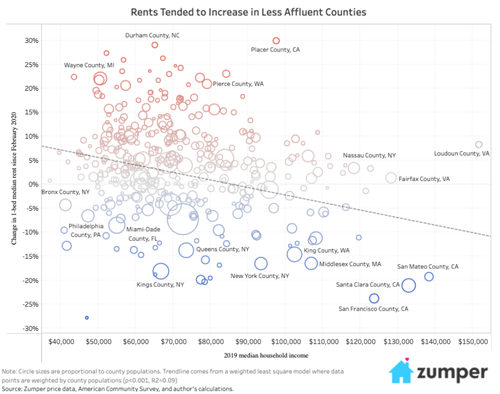 “Things will maybe get back to how they were pre-pandemic, but it will take a while,” Gerstein said. “At least for the near-term, people who live in these counties have to live with these price shifts.”

The next chart shows rents in urban areas were flat while rents in suburbs and rural areas increased. 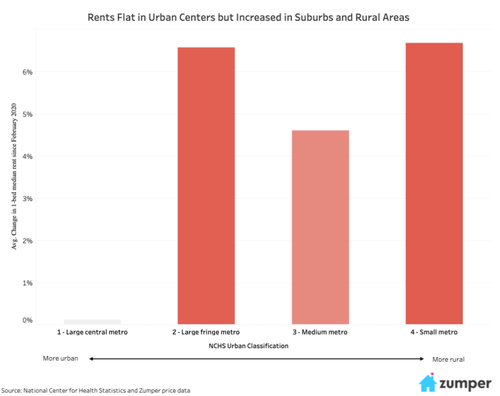 The data is yet another example of how the virus pandemic deepened inequality over the last year. People who fled expensive large metro areas pushed up prices of rents and homes in small towns that were less affluent.

For example, we noted how city dwellers from New York City fled to a tiny town called Poughkeepsie, in New York State’s Hudson Valley. The town is small, with a population of about 30,000. Realtor.com shows homes in Poughkeepsieare are up 13.3% year-over-year.

It’s becoming clear that one of the unintended consequences of urban flight is creating housing affordability issues in rural America.