A few weeks ago, when President Biden held his first press conference since taking office, he promised that 200 million adults will have received at least one vaccine jab by the time his first 100 days have finished – a doubling of his initial target of 100M. Yet, in close to 130 countries, representing a population of 2.5 billion people, not a single adult has received a dose.

The reasons why can be traced back to one man: Bill Gates. Gates has been warning about the dangers of a pandemic for years – since long before COVID first emerged in Wuhan. And when the pandemic struck and talk first turned to vaccine, one issue that was notably left out of the discussion was who deserved the proper credit, and the proper payment. As the New Republic reports in its latest piece in a series attacking the Bill Gates myth that he and the Gates Foundation are the world’s capitalist saviors – ready and eager to save poorer nations from the pandemic threat with billions of free vaccines. 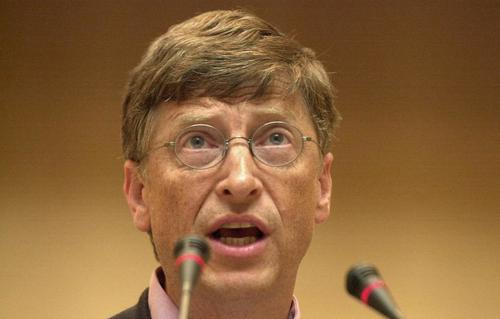 Proponents of the open-vaccine movement, who had hoped for an open-source “people’s vaccine” that could be produced cheaply and easily by various governments, quickly hit a wall, stymied by a global drug system founded on proprietary science and closely guarded market monopolies.

In late May, the WHO launched the Covid-19 Technology Access Pool, or C-TAP, with the intention of pooling all of the publicly available vaccine knowledge in one central clearinghouse. Public and private actors would collect research and associated intellectual property in a global knowledge fund for the duration of the pandemic. It seemed pretty straightforward. But the seeds of this approach’s destruction had been sown one month earlier, when Bill Gates launched his own technology accelerator.

In April, Bill Gates launched a bold bid to manage the world’s scientific response to the pandemic. Gates’s Covid-19 ACT-Accelerator expressed a status quo vision for organizing the research, development, manufacture, and distribution of treatments and vaccines. Like other Gates-funded institutions in the public health arena, the Accelerator was a public-private partnership based on charity and industry enticements.

Crucially, and in contrast to the C-TAP, the Accelerator enshrined Gates’s long-standing commitment to respecting exclusive intellectual property claims. Its implicit arguments—that intellectual property rights won’t present problems for meeting global demand or ensuring equitable access, and that they must be protected, even during a pandemic—carried the enormous weight of Gates’s reputation as a wise, beneficent, and prophetic leader.

Gates has applied his model of corporate philanthropy, which he used to take on malaria in Africa, to defeating COVID. But unlike Malaria, COVID is a pressing global pandemic. Yet, Gates’s findings have dominated the global response, as a handful of drugmakers exercise enormous influence over the fate of the world.

Gates not only dismissed these warnings but actively sought to undermine all challenges to his authority and the Accelerator’s intellectual property–based charity agenda.

“Early on, there was space for Gates to have a major impact in favor of open models,” says Manuel Martin, a policy adviser to the Médecins Sans Frontières Access Campaign. “But senior people in the Gates organization very clearly sent out the message: Pooling was unnecessary and counterproductive. They dampened early enthusiasm by saying that I.P. is not an access barrier in vaccines. That’s just demonstratively false.”

One of the main sources cited by the New Republic was James Love, founder and director of Knowledge Ecology International, a Washington, DC–based group that has emerged as a major critic of Bill Gates, the Gates Foundation and – particularly – the global COVID vaccine rollout. In the beginning, James said, things could have gone either way. But “Gates wanted exclusive rights maintained”  – and so they were.

And now, thanks to Gates, the US is expected to reach herd immunity this year, while the most optimistic estimates for when poorer nations might reach that same benchmark is 2024.

Few have observed Bill Gates’s devotion to monopoly medicine more closely than James Love, founder and director of Knowledge Ecology International, a Washington, D.C.–based group that studies the broad nexus of federal policy, the pharmaceutical industry, and intellectual property. Love entered the world of global public health policy around the same time Gates did, and for two decades has watched him scale its heights while reinforcing the system responsible for the very problems he claims to be trying to solve. The through-line for Gates has been his unwavering commitment to drug companies’ right to exclusive control over medical science and the markets for its products.

“Things could have gone either way,” says Love, “but Gates wanted exclusive rights maintained. He acted fast to stop the push for sharing the knowledge needed to make the products—the know-how, the data, the cell lines, the tech transfer, the transparency that is critically important in a dozen ways. The pooling approach represented by C-TAP included all of that. Instead of backing those early discussions, he raced ahead and signaled support for business-as-usual on intellectual property by announcing the ACT-Accelerator in March.”

While the ten or so leading developed economies have reported marked success with their vaccine rollout programs – including the US, UK, Israel and the EU – the rest of the world has struggled. One year later, Gates & company have failed to reach their goal of providing discounted vaccines to the “priority fifth” of low-income populations. The drug companies and rich nations that praised the initiative a year ago have opted instead to strike bilateral deals that have prompted an every nation for itself mentality.

“The low- and middle-income countries are pretty much on their own, and there’s just not much out there,” said Peter Hotez, dean of the National School of Tropical Medicine in Houston. “Despite their best efforts, the Gates model and its institutions are still industry-dependent”

This easily anticipated market failure—together with the C-TAP’s failure to launch—led developing countries to open a new front against intellectual property barriers in the World Trade Organization. Since October, the WTO’s Trade-Related Aspects of Intellectual Property Rights Council has been center ring in a dramatic north-south standoff over rights to control vaccine knowledge, technology, and markets. More than 100 low- and middle-income countries support a call by India and South Africa to waive certain provisions related to Covid-19 intellectual property for the duration of the pandemic. Although Gates and his organization do not have an official position on the debate roiling the WTO, Gates and his deputies have left little doubt about their opposition to the waiver proposal. Just as he did following the rollout of the WHO’s C-TAP, Gates has chosen to stand with the drug companies and their government patrons.

The story of Gates’s domination of the global vaccine rollout brings us back to a story we shared last summer, after the Columbia Journalism Review shone an uncomfortable light on the influence that Gates and the Gates Foundation exercise over the western press.

Few billionaires are more adept at managing their reputation, and the reputations of their organizations, than Bill Gates. He managed to convince the world that he was partnering with the WHO to extend vaccine access to the developing world. Instead, he’s literally standing in the way of sharing technology that could save hundreds of thousands of lives.