Amid the worst quarter for Treasuries since 1980, there was at least one big buyer.

For the 4th straight month, China bought US Treasuries in February (the latest period for which we now have data). That is the biggest holding since July 2019 and the longest buying streak since 2017. 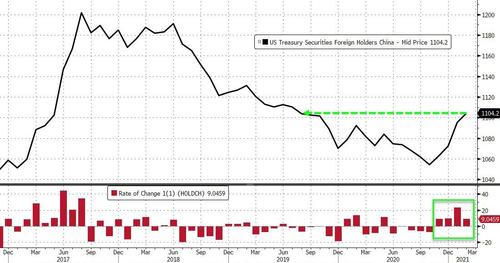 But overall, foreigners were net sellers of Treasuries in Feb, dumping $65.5bn. 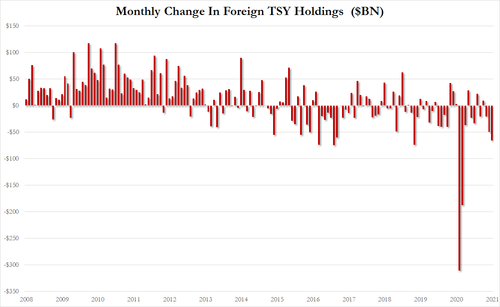 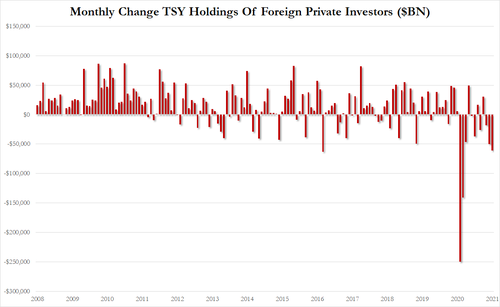 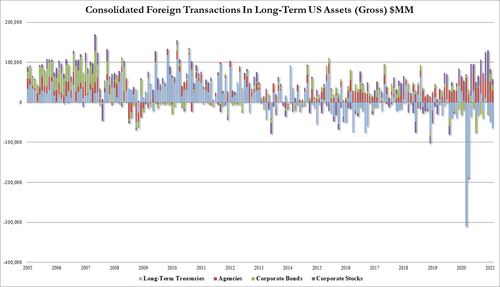 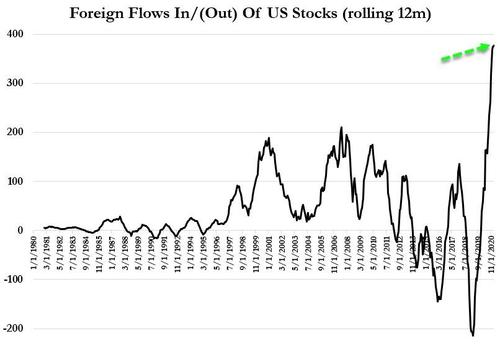 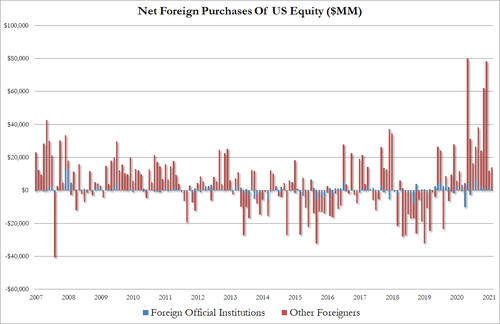 Interestingly in the last few months, the de-dollarization trend has reversed… 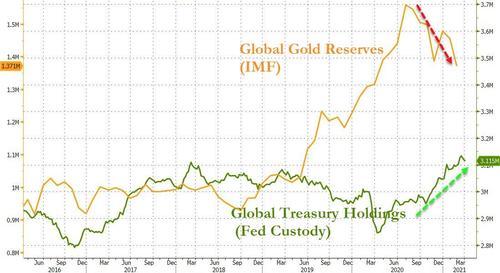