Despite growing vaccine hesitancy and global COVID cases resurging, oil prices are rising for a third straight day after the IEA lifted its forecasts for demand and API’s report pointed to another decline in US crude stockpiles. Additionally, news that China is clamping down on independent oil refiners in an effort to curb overcapacity and stamp out illegal practices is helping push WTI back above $61 ahead of today’s official production and inventory data.

“The main price driver this morning is the monthly IEA report that foresees a significant rise in global oil demand in the second half of the year. This, in turn, will increase demand for OPEC oil and deplete worldwide and OECD inventories,” said PVM Oil Associates analyst Tamas Varga.

Further weakening in the dollar is helping but a disappointing official inventory print could spoil the party. 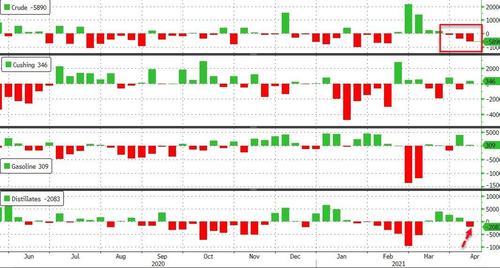 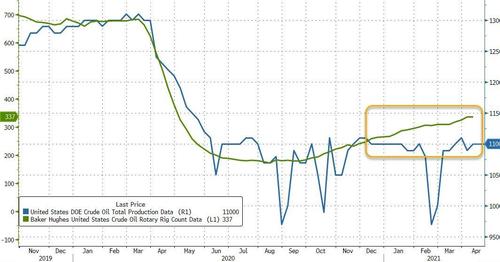 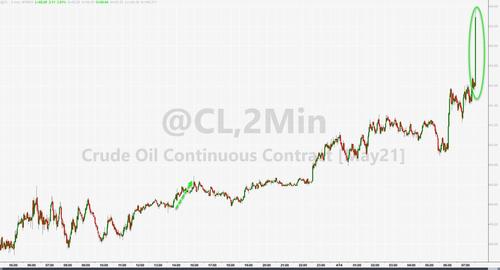 “A combination of unprecedented fiscal stimulus and vaccination campaigns will provide a solid base for the oil demand recovery in the latter half of this year,” said Stephen Brennock, an analyst at PVM Oil Associates Ltd.

This is the highest price for WTI in a month… 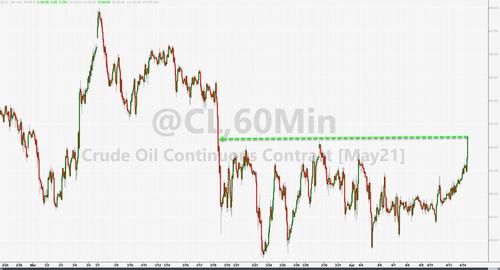 But we do note that many also suggest oil markets are priced for perfection here.