The US Intelligence Community has warned that the COVID-19 pandemic will have long-term fallout, and will impact political and economic realities across the globe. 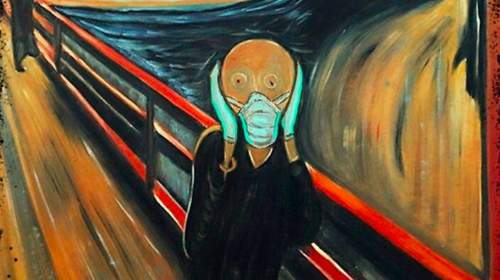 According to the Annual Threat Assessment – which comes on the heels of a separate intelligence report last week which offers a grim view of global challenges likely to be faced over the next 20 years – the pandemic is expected to contribute to “humanitarian and economic crises, political unrest, and geopolitical competition,” and will “strain governments and societies.”

“The economic fallout from the pandemic is likely to create or worsen instability in at least a few—and perhaps many—countries, as people grow more desperate in the face of interlocking pressures that include sustained economic downturns, job losses, and disrupted supply chains,” the report warns.

What’s more, food shortages and ‘uneven access’ to COVID treatments will contribute to humanitarian concerns, while the virus will remain a threat “to populations worldwide until vaccines and therapeutics are widely distributed.” The report also warns that a new wave of infections earlier this year “may have an even greater economic impact as struggling businesses in hard-hit sectors such as tourism and restaurants fold and governments face increasing budget strains.”

In addition to pandemic-related warnings, the report also predicts that Russia and China will continue to hatch covert influence operations (to blame populist victories on?) – and that Iran will continue to violate the 2015 nuclear agreement. According to the report, China “presents a growing influence threat” in the United States, and has been “intensifying efforts to shape the political environment in the United States to promote its policy preferences, mold public discourse, pressure political figures whom Beijing believes oppose its interests, and muffle criticism of China on such issues as religious freedom and the suppression of democracy in Hong Kong.”

The report also warns of domestic extremism – as the threat from foreign terrorist orgs such as ISIS and Al Qaeda has apparently abated. Instead, white supremacy is now the threat – which have led to “at least 26 lethal attacks that killed more than 141 people and for dozens of disrupted plots in the West since 2015.” For the sake of comparison, that’s fewer people killed in six years than the 170 homicides in Chicago, year-to-date, primarily committed by ‘black extremists’ against other ‘black extremists’ so to speak.

“While these extremists often see themselves as part of a broader global movement, most attacks have been carried out by individuals or small, independent cells,” the report reads. “Australia, Germany, Norway, and the United Kingdom consider white racially or ethnically motivated violent extremists, including Neo-Nazi groups, to be the fastest growing terrorist threat they face.”

“The American people should know as much as possible about the threats facing our nation and what their intelligence agencies are doing to protect them,” said Avril Haines, director of national intelligence in a statement accompanying the report.

In short, fear everything and expect the aforementioned go-to narratives.