Bad news for US importers searching for cheap shipping container rates, that is, rates are as up much as 50% than one year ago. Increasing shipping costs are crimping margins of importers that will ultimately have to be passed onto consumers.

Take, for example, the Asia to North American trade line last week was approximately $2,500 to $3,000 for a 40-foot container, about a 25% to 50% increase than the previous year, George Griffiths, an editor on the global container freight-pricing team at S&P Global Platts, told Bloomberg. Shipping costs create massive headaches for US importers, he said, adding that, the logistical issues they are facing today are extreme.

Hapag-Lloyd CEO Rolf Habben Jansen said container prices are likely to remain elevated through the second half of the year. “I don’t see any signs around the corner that demand is falling off a cliff,” he said. 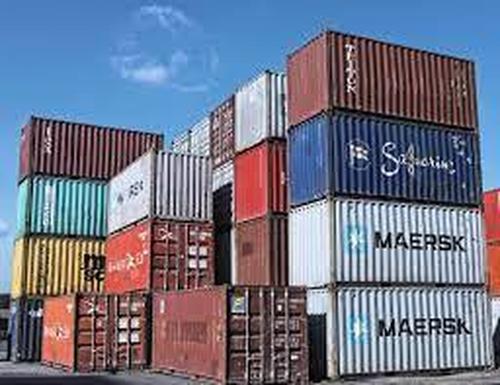 Meanwhile, Oakland and Long Beach, California ports, both reported record imports for March – on a seasonal basis, usually quiet months for containerized inflows. But no thanks to Jay Powell and Janet Yellen’s historical experiment: unleashing trillions of dollars in helicopter money into consumer pockets has created the largest ever pull forward in history where Americans are using their stimulus checks to purchase goods from Asia.

… and it doesn’t come as any surprise the annual trade deficit for goods came in at an all-time high in January, increasing $3.4 billion to a record $221.1 billion. In another sign of the massive trade imbalance, there is a shortage of shipping containers to bring things into the US.

The congestion is so bad at the US West Coast port that the port’s head told importers to expedite container pickup to alleviate congestion last month. Los Angeles and Long Beach ports are locked in traffic jams of vessels waiting to offload cargo as trillions of dollars in stimulus result in one-sided trade with Asia.

“The container dwell time is much higher than it was pre-pandemic,” Port of Los Angeles Executive Director Gene Seroka told CNBC, referring to the duration a container spends at the port.

All these supply chain challenges are feeding concerns of inflation could be around the corner. The US producer prices jumped more than forecasted last month, and the March CPI is expected to be released Tuesday.

The four core trade lines worldwide (data provided by Freightos) show prices per 40-foot container began to increase rapidly during the summer of 2000.

It’s unlikely shipping container rates will decline anytime soon as the Biden administration continues to hand out free money to US consumers who turn around and purchase products that are not manufactured in the US.