There was one figure whose voice was notably absent during the response to yesterday’s disconcerting news about Johnson & Johnson’s shot causing the same types of rare-but-deadly blood clots that European public health officials have seen caused by AstraZeneca’s vaccine (which is based on the same adenovirus vector as the J&J jab): Dr. Anthony Fauci.

Despite spending his days fielding press interview requests, the doctor played only a secondary role in the FDA & CDC’s announcement and its explanation for why it would all of a sudden halt the J&J jab. Not that the halt was such a huge surprise, as reporters learned during yesterday’s press briefing, which was led by the heads of the CDC and FDA. 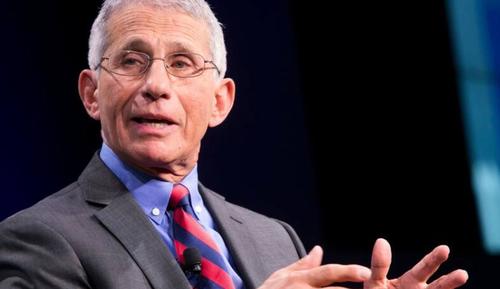 After making an appearance at White House Press Secretary’s briefing on Tuesday, Dr. Fauci went when he started his latest round of interviews, appearing on MSNBC and CNN to defend the J&J jab, saying that it’s still safe and that distribution would soon restart.

The European Medicines Agency’s safety committee announced late last week that it is investigating thromboembolic (blood clot) events following vaccination with JNJ’s vaccine. PRAC is investigating these cases and will decide whether regulatory action may be necessary. But experts have been closely watching the AZ and JNJ jabs because of FDA briefing documents on JNJ’s Phase 3 vaccine data showed a troubling discrepancy for thromboembolic events (blood clots) between the placebo group and the group that received the vaccine. thromboembolic events.

Concerns about potentially harmful blood clots have been disrupting COVID vaccine trials since last fall, when the AstraZeneca trial in the US was halted for more than a month. But Dr. Fauci appeared to wave away these risks, told CNN that while it is necessary to see if there are many more cases of clotting tied to the J&J jab, Dr. Fauci doesn’t expect that will be the case.

Speaking on CNN’s New Day program on Wednesday, Fauci said: “There’s a twofold reason: one for an abundance of caution of safety, take a quick look, get more details, but also a heads up to the physicians out there that if you see these kinds of cases, don’t treat them with heparin. There are other modalities of treatment that could be used.”

Dr. Fauci added “this isn’t a cancellation, it’s a pause.”

“If anyone’s got a doubt that they may not be taking safety very seriously, I think this is an affirmation that safety is a primary consideration when it comes to the FDA and the CDC,” he said.

As for the larger issue of vaccine hesitancy, Fauci said that while the wait-and-see approach is “understandable,” there just isn’t enough data available to rule out every possible coplication.

Also, while we’re on the subject of safety, just a reminder – don’t stop being fearful:

Fauci is at it again. “It’s still not ok for vaccinated Americans to eat and drink indoors.” pic.twitter.com/yWHTnRN18f

And while people can still choose to wait it out, as corporations and even some governments push for vaccine passports as a method to speed up the economic reopening, the freedom of making that choice is being effectively taken away from American citizens.