Out of all Japan’s major allies and neighbors, it appears the US is the only one to support Tokyo’s decision to dump

As we noted yesterday, with nuclear waste and fuel rods still contaminating the area, more than one million tons of radioactive waste water has seeped from the facility, and more seeps out every day, forcing authorities into what Prime Minister Yoshihide Suga describes as the “unavoidable” position of having to dump the water. After more than 10 years and a containment effort that the government branded a “success”, Japan has decided to start dumping the radioactive water back into the ocean. 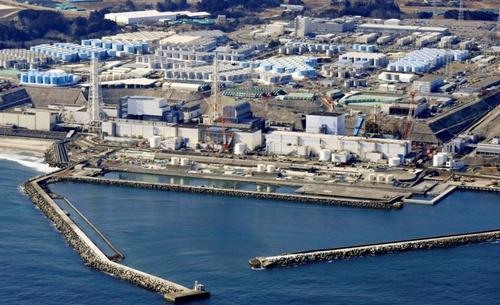 China’s foreign ministry on Tuesday blasted the Japanese government for being “extremely irresponsible” in its decision to release 1 million tons of waste water into the Pacific Ocean over two years, a decision that has prompted fierce opposition from the local fishing industry as well as nearby countries, including South Korea. Beijing even threatened to retaliate against Japan for the decision. However, the US deemed Japan’s plans “acceptable”. Here’s more from the SCMP.

In a statement on Tuesday, Beijing said safety concerns remain and that China had not been properly consulted by Tokyo over the decision.

“The Japanese side has yet to exhaust all avenues of measures, disregarded domestic and external opposition, has decided to unilaterally release the Fukushima plant’s nuclear waste water without full consultation with its neighboring countries and the international community,” the foreign ministry statement said.

“This action is extremely irresponsible and will pose serious harm to the health and safety of the people in neighboring countries and the international community.”

China called on Tokyo to reverse the decision, adding that it would continue to monitor the development and “reserve the right to respond further.”

Greenpeace Japan said the discharge disregarded the human rights and interests of the people in Fukushima, wider Japan and the Asia-Pacific region. “Rather than using the best available technology to minimise radiation hazards by storing and processing the water over the long term, they have opted for the cheapest option – dumping the water into the Pacific Ocean,” said Kazue Suzuki, climate and energy campaigner at Greenpeace Japan, adding that the Cabinet’s decision failed to protect the environment and neglected the large-scale opposition and concerns of the local Fukushima residents, as well as the neighbouring citizens around Japan.

PM Suga told a cabinet meeting on Tuesday that the decision, long delayed by public opposition and safety concerns, was the “most realistic option.” The meltdown at Fukushima is remembered as the worst nuclear disaster since Chernobyl and was triggered by a huge earthquake and tsunami that ripped through northeastern Japan in 2011. Suga said the Japanese government would “take every measure to absolutely guarantee the safety of the treated water and address misinformation.” But given the inherent unpredictability of the situation, it’s difficult to guarantee that there won’t be some kind of unforeseen blowback. He said his cabinet would meet again within a week to work out the details of the plan.

Fukushima’s operator, Tokyo Electric Power Company Holdings, better known in the press as Tepco, along with government officials say tritium, a radioactive material that poses little risk to human health in low concentrations, cannot be removed from the water.

Japan is planning to eliminate other more radioactive materials, including strontium and caesium, from the water before its release.

Of course, filtration methods, especially when it comes to radioactive material, aren’t always 100% effective and considering that these waters are used for fishing, neighbors probably have cause to worry.