The director of China’s CDC has acknowledged an uncomfortable truth: China’s vaccines aren’t nearly as effective as the country’s scientists have proclaimed – much less their competitors. 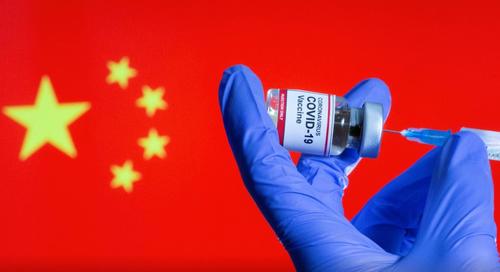 “We will solve the issue that current vaccines don’t have very high protection rates,” Chinese CDC Director Gao Fu said at a Saturday conference, according to a report from the Associated Press. “It’s now under consideration whether we should use different vaccines from different technical lines for the immunization process.”

The head of China CDC admitted that Chinese Covid vaccines have low protection rates and China is considering alternative administration methods, such as changing doses. pic.twitter.com/F2dMAamL2p

In the short-term, Chinese official are considering mixing COVID-19 vaccines as a way of further boosting vaccine efficacy, as well as testing different shot intervals according to Reuters.

“Inoculation using vaccines of different technical lines is being considered,” Gao told an audience in the Chinese city of Chengdu, adding that China is taking steps to “optimize” its vaccine approach. In one small study, the efficacy rate of China’s vaccine increased to 62.3% when the doses were given at intervals of three weeks and longer – however the overall efficacy rate for the vaccine was slightly above 50% in the trial.

Two injections of a vaccine developed by China’s Sinovac Biotech, when given shorter than three weeks apart, was 49.1% effective based on data from a Phase III trial in Brazil, below the 50% threshold set by World Health Organization, according to a paper published by Brazilian researchers on Sunday ahead of peer review.

But data from a small subgroup showed that the efficacy rate increased to 62.3% when the doses were given at intervals of three weeks and longer. The overall efficacy rate for the vaccine was slightly above 50% in the trial.

You’d think with Pfizer and Moderna vaccines ‘in the wild’ that China could simply do what it does best; procure samples, copy them, and sell a functional vaccine for pennies on the dollar.