Every day I open up my web browser to see yet another example of the basic functions of society breaking down.  Last week it was the vaporization of Archegos capital. I told you what I thought of this in a post that I hope, got people thinking.

Previous to Archegos, over the past two months we’ve seen the electrical grid collapse in Texas, hedge funds blown up over a meme stock.  Bitcoin is screaming that the national fiat currencies are all hyperinflating at the same time.

In the case of the recently solved Suez Canal incident, it doesn’t matter if it was incompetence or malicious behavior which caused the Ever Given to stick in the mud, in a world this fragile the smallest mistake can have outsized consequences.

The few days the canal was blocked caused an enormous pile up and re-routing of basic supplies and fundamentally important goods to Europe and North America that, to me, is a harbinger of where we are headed.

An overly complex world is an inherently fragile one.  Global trade is dependent on a handful of chokepoints remaining clear, like the Suez or the Straits of Malacca.  Jam up one of them and watch our everyday life we take for granted collapse.

And that brings me to the conundrum the central banks face. 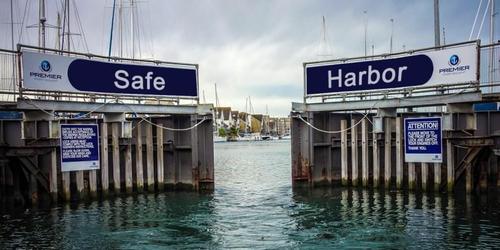 Their decades of interference in capital markets have created multiple points of failure for a global financial system that is still dependent on major chokepoints for liquidity: the prime brokerages and clearinghouses.

And the reverberations haven’t died down. Every day we hear of another aftershock of the the Archegos tac nuke which nearly detonated these systemically important firms. Now it’s Tiger Capital, JP Morgan Chase and millions of shares of Academy Sports and Outdoors (NYSE:ASO).

From Zerohedge this morning:

Since this is virtually identical to what happened two Fridays ago when similar public BWICs by Goldman and other banks proceeded to unwind the Archegos portfolio, the immediate question on everyone’s lips is whether a second highly levered family office has blown up.

There are more similarities: the block offered by JPM is massive: the 9MM shares represents almost a quarter of ASO’s float and roughly 10% of ASO’s total outstanding shares.

In a notable tangent, it [is] worth noting that ASO, which was IPOed by PE firm KKR in October, has Tiger Global as one of its top holders. Granted, nobody but KKR has a public stake worth 9 million shares.

To this end, one false step or misplaced word by Powell can send markets careening off course creating massive logjams in the plumbing of the global financial system as everyone tries to get out of a position at the same time.

This is why the recent FOMC policy statement Chairman Jerome Powell was careful to sound dovish but change nothing about monetary policy.  Powell knows he is walking a tightrope right now.

If he is too dovish, he’ll spook the capital markets that there’s something terribly wrong.

If he’s too hawkish it will drain the world of dollar liquidity too quickly causing panic in major markets like Japan or Germany.

Despite Powell’s best efforts, however, the U.S. dollar, after more than a year of weakening versus the other major currencies like the euro, British pound, Japanese yen and Chinese yuan, has reversed course sharply.

And that reversal is causing all sorts of problems.

A strong dollar is exactly what the financial markets can’t handle right now and that’s exactly what we’re getting, despite Powell’s attempts to talk it down, which he did at today’s conference call with the IMF.

Even though, the only thing more boring than watching the Fed’s balance sheet since last summer has been Joe Biden’s lame attempts at completing sentences in public.

Ultimately, there isn’t much Powell can do as long as there isn’t an imminent crisis, lest he sound the alarm too early like his counterpart at the ECB, Christine Lagarde, did the week before, who literally dared markets earlier this week to test her resolve.

Oh, don’t worry Chrissy, it will.

Lagarde finally admitted that the euro-zone wasn’t recovering and greatly expanded the ECB’s various bond-buying programs.  And it immediately set the euro into a tailspin, falling more than 3% in a couple of weeks.

And no matter how hard she tries, interest rates on core sovereign debt in the euro-zone keep rising.  Bellwethers like the German 10-year bund keeps pushing back up against Lagarde’s line in the sand at -0.3%.

That’s how fragile and weak the European bond market is. It can’t handle interest rates on its most powerful economy’s most important bond market getting anywhere close to yielding investors a positive return on capital.

It speaks to just how screwed up these markets are and calls into question both the competence and the maliciousness of those in charge of them.

Projecting confidence is the first job of a central banker. Balancing the impulses within the overly complex systems is a task far beyond the crude tools of the central banks.

Savvy market analysts understand this basic point.  Too bad our markets aren’t governed by such folks anymore but rather the dumbest of dumb headline-scanning algorithms which the central banks shamelessly manipulate through language which belies their actions.

Humans, however, in the aggregate are far cleverer than those that try to control them. And the central banks’ interventions and financial regulations continually create the very problems that eventually destroy them.

All of their theories about capital have failed and yet we are still prisoners of their crazy schemes.

Despite that and their throwing their weight around like the proverbial bull in a china shop, the debt markets are finally calling their bluff.

The amount of leverage they have pushed into the capital markets, especially the equity markets, is astounding.  But what else is there to do if you’re a fund manager or family office except try to find the safest harbor possible for your money?

Since last summer one of those harbors has been Chinese blue-chip stocks.  The MSCI China Large Cap 50 Index nearly doubled off last March’s low, outperforming even the Dow Jones Industrials.  But since February, when the dollar began firming it has given back more than 40% of those gains.

And that’s had the knock-on effect of blowing Archegos.

Archegos through leverage used off-exchange transactions called CFD’s – contracts for difference — to accumulate massive synthetic positions in a few companies, which didn’t have to be reported to regulators because they didn’t actually own the stock.

They owned bets on the movements of the stocks.

When markets reversed, thanks to a rising dollar draining Chinese capital markets, Archegos got a margin call forcing huge blocks of stocks like Tencent and Discover onto the market by the millions, cratering their prices into last week’s close.

What’s astounding here is how a small family office’s implosion could create liquidity problems for prime brokers who lent them the money.

It was Morgan Stanley reportedly frantically selling huge blocks of Discover at massive discounts raise the capital needed.  Archegos was gone by that point.

It reminds me of the weekend Bear Stearns evaporated in March 2008 and we all know how that turned out later that year.

This begs the question how many more Archegos-like ships are out there ready to run the world financial system into the ground?

Because last month it was GameStop.  This month Archegos?  Who’s next month’s victim?  Is Tiger Global this week’s?

No wonder Bitcoin continues spiking and 80% of Americans plan on saving or paying debt with their stimulus checks.

And when does Powell come off the sidelines to declare that inflation expectations are still contained even though the real economy is grinding to a halt thanks to rising gas and commodity prices? Housing prices just spiked as migrations out of major urban centers is pushing up the cost of all basic commodities like lumber and steel?

There are chip shortages everywhere causing the car industry to shut down production with cars 99% completed and Apple to finally admit even it can’t manage supply chain disruptions like we’ve seen. And Tim Cook is literally the best the world has ever seen at such things.

Every time I see another story like this, I’m reminded of the last act of Ayn Rand’s Atlas Shrugged.  Its formerly brilliant society which effortlessly coordinated the labor and time of millions grinds to a halt as perpetual interference and the elevation of politics over performance makes even the basic functions of society difficult to produce.

Civilization is supposed to create the opportunity for boredom.  Things are supposed to be so stable that we should have the luxury of taking a day for ourselves rather than constantly worrying about what these idiots will do tomorrow, whether the lights will come on, and if there’ll be toilet paper when we go to the store.

And if these are the effects of the smallest uptick in the strength of the U.S. dollar today, it doesn’t hold out much hope for the rest of 2021.

So, while the Ever Given was finally sent on its way and we (may have) dodged a bullet with Archegos, the rising dollar is draining out of the monetary chokepoints and leaving dozens more firms like it and the central banks with zero margin for navigational error.

Join my Patreon if you want your boat to rise