On the heels of yesterday’s warning that the VIX term structure was signaling potential trouble ahead, Bloomberg reports one trader place a huge bet yesterday that today’s calm will give way to a storm soon. 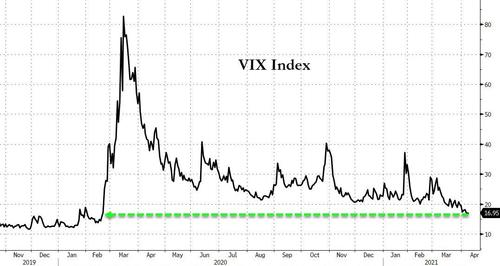 As we detailed yesterday, while spot VIX languishes complacently at pre-pandemic lows, Bloomberg notes, the middle part of the VIX curve that shows expectations for late summer and early fall tells a different story.

The spread between the VIX Index and implied 30-day volatility four months from now stands near the highest level since 2012.

“It is not unrealistic to think that there are some who are hedging the idea that some modest selling could spiral into something more meaningful in late summer/early fall,” said Steve Sosnick, chief strategist at Interactive Brokers, who cited uncertainty about the infrastructure bill as one of the reasons behind volatility traders’ anxiety.

“Until this summer, the infrastructure bill and any associated tax increases are mostly theoretical. That debate is likely to heat up and become something potentially tangible this summer.”

And, as Bloomberg details, at least one whale is betting on that disturbance in the force to come. As VIX closed below 17 for the first time since Feb 2020 (pre-pandemic), Katie Stockton, founder of Fairlead Strategies, told Bloomberg Television that “the new floor is potentially below 11 based on where it has bottomed in the past.”

But, one trader yesterday made a major wager that the VIX Index will rise toward 40 – and won’t be lower than 25 – in July. 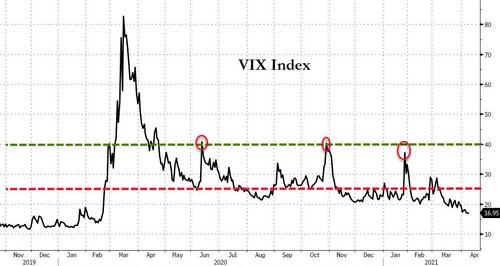 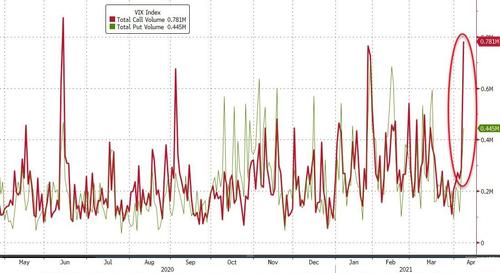 Finally, we note that the so-called ‘skew’ in S&P 500 options is showing the smallest premium for downside protection relative to upside since

So it you’re going to bet on an upside volatility move, as opposed to a return to a pre-pandemic nirvana, now seems like as good a time as any from a valuation perspective.

“With VIX being priced in the low 17 area, I would imagine we would see more of these larger-sized bets going forward,” said Kris Sidial, co-chief investment officer at Ambrus Group.

“I think smart money understands that, although volatility has contracted a lot in these last two months, we are still seeing signs of excess market fragility appear from many different angles.”

In the short-term. SpotGamma warns of some potential volatility ahead on any downward move:

While the estimated range did not change much for today, our EH view shows an inflection point at 4090, under which we could see a moderate uptick in volatility. As you can see in the chart below, its >4115 and due to the change in distribution noted above. 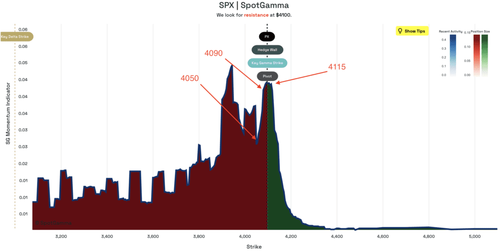 Perhaps the reality of slowing global central bank sponsorship for stocks is beginning to kick in. 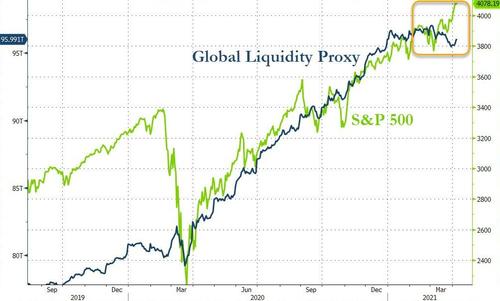 And judging by the resurgent flows into money market funds, it appears risk appetite may be falling…

As one veteran vol trader told us this morning, this is “yet another episodic ‘calm before a storm’ moment… and the smart money knows it.”