While the Biden-Harris administration continues to insist there’s ‘no border crisis‘ (as they take over seven hotels near the US-Mexico border), the departure of ‘Border Czar’ Roberta Jacobson, suggests otherwise. 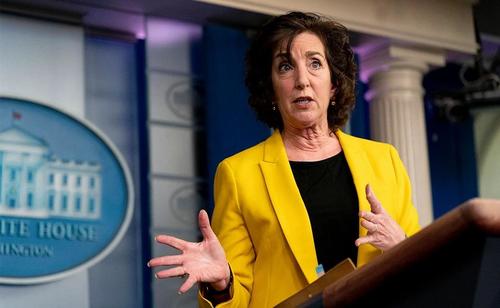 Jacobson, a former US ambassador to Mexico who criticized the White House for sending ‘mixed messages‘ to asylum seekers over whether they should head for the border (which Biden absolutely implied during the 2020 election), is stepping down after less than three months on the job.

Suggesting her services were no longer needed (as ICE commandeers seven border-area hotels because government facilities have run out of space), National Security Adviser Jake Sullivan said on Friday that Jacobson’s departure was “consistent with her commitment at the outset to serve in the Administration’s first 100 days,” according to the New York Post.

The move comes as the Biden administration is reportedly considering sending cash payments to Central Americans in a bid to prevent them from making the trek north and as Vice President Kamala Harris, tapped by Biden to handle the crisis, still has yet to visit the border.

Meanwhile, migrant parents already in the United States say they are not being given regular — if any — updates about the location or well-being of their children in federal custody. And it’s reportedly costing US taxpayers more than $60 million a week to care for 16,500 unaccompanied migrant teenagers and children now in federally run shelters. -NY Post

Despite thousands of migrant children sitting in US Border Patrol detention facilities – White House officials have maintained that there’s no crisis – because to do so would mean Biden sparked the crisis when he presented himself as an immigrant-friendly antithesis to President Trump – who he now blames for the border surge.

Biden’s Press Secretary Jen Psaki can’t name any “numerical” or “tangible” goal or measure that the Biden Administration has in dealing with the border crisishttps://t.co/VVMfLCBVsg pic.twitter.com/6ftE9rZu9P

Last month White House press secretary Jen Psaki accidentally referred to the “crisis at the border,” only to correct herself when pressed – calling them “challenges on the border.”