Mercedes looks like it is joining the cabal of automakers who have smashed expectations for Q1, as the auto industry posts its first YOY comps that are helped along by last year’s global Covid lockdown.

Sales were up 22% in Q1 thanks to not only easy comps, but also record demand out of China. Globally, Mercedes-Benz sold 581,270 cars and saw its China sales figures rise by 60%. China is the biggest market for the brand, according to Bloomberg.

The manufacturer also saw a slight tick up in Europe, where sales rose 1.8% to a total of 192,302 cars. The company’s global share of sales of plug in hybrids and full EVs was more than 25% in Europe. That number falls to about 10% worldwide.

Finally, Mercedes saw a 12.5% pop in sales in passenger vehicles in North America, with sales figures rising to 88,318 vehicles sold. 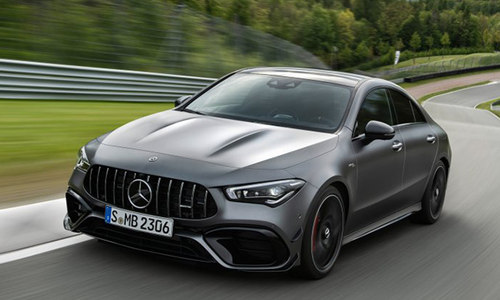 The pop in North America shouldn’t be too much of a surprise. Recall, we wrote just days ago that most legacy automakers in the U.S. were posting fantastic Q1 comps.

GM said its U.S. retail deliveries were up 19% in Q1, the company’s first number reported against pandemic-impacted comps. The automaker sold 642,250 vehicles in the U.S. in the first quarter of 2021. Toyota sold 603,066 vehicles in the quarter, a 22% rise from Q1 2020, according to IBD. Even more pronounced was the company’s numbers for March, which were up 87% against the first month of coronavirus lockdowns in 2020.

Volkswagen also posted blowout comps, as sales rose 21% in Q1 to 90,853 vehicles sold. The company was helped along by robust SUV demand while also selling 474 units of its new ID.4, which only went on sale in the U.S. in late March. 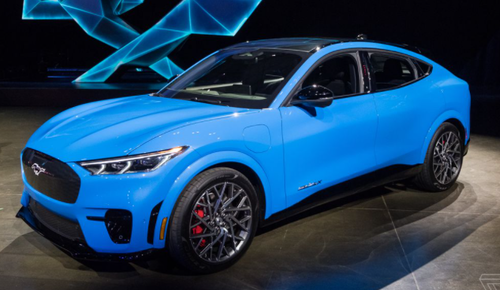 Ford saw its sales rise 1% for the quarter, but sales were up 5% for trucks and 14% for SUVs. Even more notable, however, is the fact that Ford sold 6,613 Mustang Mach-E electric crossovers, up from just 3 sold in Q4. Ford said that “the fully electric Mustang Mach-E turning on dealer lots in just 7 days.”

Both domestically and abroad, shoring up the supply chain has become crucial for all automakers heading into 2021. The auto industry, as a whole is rethinking its cost cutting measures in the midst of both the pandemic and the chip shortage, Reuters reported this week. Companies are stockpiling key commodities at higher inventory levels and using software to track the integrity of the supply chains that they order from.

Richard Barnett, chief marketing officer of Supplyframe, which provides market intelligence to companies across the global electronics sectors, told Reuters: “The whole issue is exposing the brittleness, the fragility of the automotive supply chain. We’re trying to dual-source whenever possible critical components.”