“Government must be a powerful force for good in the lives of Americans,” White House National Economic Council Director Brian Deese announced on March 29. This is the core principle of President Joe Biden’s promise to “change the paradigm” with his $3 trillion stimulus package which seeks to pour vast amounts of tax dollars into dozens of government programs that have dismally failed in the past. But thanks to Biden’s election, the federal government has suddenly become far more competent than ever before. 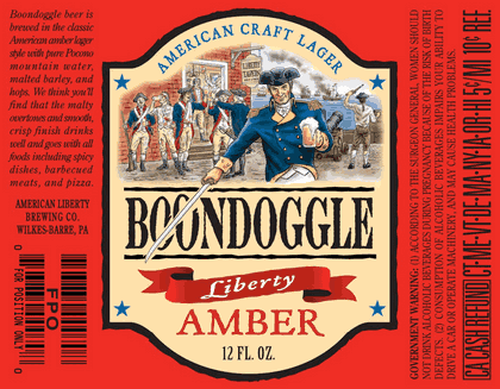 To have confidence in the American Jobs Plan, it is not enough to believe that additional spending is needed for repairing bridges, paving roads, or boosting child care. Instead, one must believe that the damning revelations from all the inspectors general and Government Accountability Office reports in recent decades are null and void. A vast increase in outlays will achieve miraculous results because there is no resemblance between federal agencies commanded by Biden appointees and the same agencies in the past half century.  The notion that “government must be a powerful force for good” is premised on the notion that Biden himself is such an inexorable “force for good” that history no longer applies inside the Beltway.

Biden wants the feds to spend another $100 billion on job training programs, even though those programs are notorious for 40 years for reducing trainees’ subsequent earnings. Former President Barack Obama admitted in 2014 that such programs rely on a “‘train and pray‘ approach. We train them and we pray that they can get a job.” Biden does not explain the rationale for deluging the Labor Department with new appropriations when that agency has scrupulously avoided conducting evaluations that will determine whether enrollees actually benefit from subsidized training. Biden also says that subsidies will be targeted to “justice-involved youth” — the politically correct euphemism for criminal offenders from the Obama era.

Biden wants to double federal funding for public transit. Public transit was losing riders even before its subways and buses helped supercharge the COVID-19 pandemic in New York and many other cities. The Washington, D.C. subway, with its callous long-term shutdowns for endless ineffective emergency repairs, perpetually broken escalators, and unreliable trains epitomize the contempt that government systems show for customers. Service levels for the D.C. subway are appalling in large part because of the power of transit unions; the system spends $56 in total compensation for every hour worked by Metro employees.

Biden is calling for $50 billion for semiconductor manufacturing and research, a $52 billion fund to invest in domestic manufacturers, and a new $50 billion office at the Department of Commerce dedicated to monitoring domestic industrial capacity and funding investments to support production of critical goods.” There is no reason to expect government semiconductor production to be any more reliable than government mail delivery. This proposal seems to be a relic of the 1980s, when the Japan’s Ministry of International Trade and Investment was supposedly spearheading that nation’s permanent conquest of world markets. The U.S. Commerce Department has never had a reputation for anything other than being a dumping ground for political hacks.

Biden calls for local governments to begin offering Internet service and also favors “individual subsidies to cover internet costs.” Label this one the Pornhub Bailout of 2021. But an even larger problem is the plan’s prioritized municipal broadband networks. When Biden was vice president, Edward Snowden revealed that the National Security Agency would unleash its illegal surveillance dynamo on anyone detected “someone searching the web for suspicious stuff.” It takes little imagination to wonder whether government-run internet will be less secure from capricious surveillance. Besides, why expect any federal intervention on this score to be more coherent than Biden’s description of the issue in his Pittsburgh speech: “You know in America where the early interest was in internet, this thing called the internet, that we invest in, we invented the early, early internet. It was invented here.”

Biden wants to spend $100 billion to “upgrade and build new public schools” because “we can’t close the opportunity gap if low-income kids go to schools in buildings that undermine health and safety.” This pitch would have more credibility if Biden’s teacher union allies were not continuing to keeping a pandemic padlock on so many schools to buttress teachers’ right to full pay and zero risk. The “achievement gap” between low-income and other students and between Black and Hispanic students and other students has vastly increased during the school shutdowns. No amount of posturing by Biden and his appointees can undo the lasting damage on young Americans inflicted by the lockdowns that Biden has championed.

Biden wants $25 billion to boost access to childcare because shortfalls make it “harder for parents, especially mothers, to fully participate in the workforce.” Biden has avoided acknowledging the role of the lockdowns he championed in obliterating opportunity for millions of families, including women who had to quit work to take care of kids barred from classrooms. Biden appointees are taking the lead on this score even before the American Jobs Act is enacted.  On March 25, the Office of Personnel Management put out a call for federal employees who could temporarily babysit the surge of young illegal aliens arriving on the southwest border. Members of the new Babysitting Corps are compensated according to their old government salaries up to $144,000 a year, as PJ Media reported.

Biden seeks to “mobilize the next generation of conservation and resilience workers” with a $10 billion “investment” to “put a new, diverse generation of Americans to work conserving our public lands and waters, bolstering community resilience, and advancing environmental justice through a new Civilian Climate Corps.” This program echoes two New Deal programs, the Civilian Conservation Corps (CCC) and the Work Progress Administration (WPA), both of which recruited vast numbers of unemployed during the Depression. The WPA was popularly known in the 1930s as “We Poke Along” and gave a bad name to leaf-raking. Biden’s Civilian Climate Corps would be a super AmeriCorps, the program created by former President Bill Clinton which became renown for bankrolling political activism, leftist causes, and photo opportunities.

Biden justifies his vast spending barrage because “lack of employment has negative social impacts on communities.” But if the Biden team really believed that, why did Biden’s American Rescue Plan boost unemployment benefits in a way that exceeds what many low-to-moderate income people could earn on a job? University of Chicago economist Casey Mulligan estimated that the extra unemployment payments and other benefits in the American Rescue Plan could result in up to eight million fewer Americans being employed later this year.

In his Pittsburgh speech March 31, Biden concluded, “I truly believe we’re in a moment where history is going to look back on this time as a fundamental choice having been made between democracies and autocracies…. It’s a basic question: Can democracies still deliver for their people?”

But Biden’s American Jobs Plan is a fix based on a Chinese model – vesting almost unlimited discretion in the president and his appointees, giving them almost unlimited money to spend, and providing no effective check or balance to prevent vast corruption.

How will Biden’s attempt to remake America via far more federal spending and power work out? Perhaps the recent experience of New York offers the best warning.

When the pandemic hit last year, New York Gov. Andrew Cuomo quickly seized nearly absolute power to shut down everything in the state. Cuomo vindicated himself for putting almost 20 million people under house arrest: “If everything we do saves just one life, I’ll be happy.” When pandemic fears were surging, the New York Times proclaimed, “Andrew Cuomo Is the Control Freak We Need Right Now.” A New Yorker profile, titled “Andrew Cuomo, King of New York,” explained that Cuomo and his aides saw the battle over Covid policy as “between people who believe government can be a force for good and those who think otherwise.”

Cuomo’s reign has more “force” than “good,” such as his bizarre assertion that sheriffs were “dictators” for refusing to enforce his mask mandate inside people’s homes. But Cuomo’s power grabs have spurred a backlash that could end his political career. The federal investigation into the cover-up of mass deaths at nursing homes that occurred thanks to Cuomo’s dictates could pose more danger to him than a busload of sexual harassment charges.

Similarly, the Biden administration’s dogma that “government must be a powerful force for good” could be paving the way to both constitutional and political ruin. Many of the same zealots who swore that the federal government was a fascist dictatorship while Trump was president now believe that practically every federal program will operate impeccably because Biden is president. This is an even more childlike notion than most of the political delusions festering inside the Beltway. Because Biden is in the Oval Office, we are obliged to believe that federal spending will miraculously achieve what politicians promise. If that was the case, Biden would not be hustling a long list of public sector failures that supposedly require trillions of dollars of new government spending.

James Bovard is the author of “Attention Deficit Democracy,” “The Bush Betrayal,” “Terrorism and Tyranny,” and other books. Bovard is on the USA Today Board of Contributors. He is on Twitter at @jimbovard. His website is at www.jimbovard.com