Buchanan: For What Should We Fight Russia Or China?

Buchanan: For What Should We Fight Russia Or China?

Authored by Pat Buchanan via Buchanan.org, 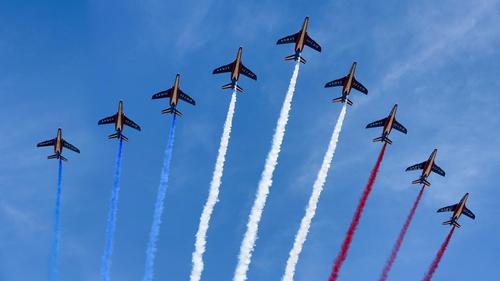 Last week also brought reports that Moscow is increasing its troop presence in Crimea and along its borders with Ukraine.

In his first conversation with Ukrainian President Volodymyr Zelensky, Biden assured him of our “unwavering support for Ukraine’s sovereignty and territorial integrity in the face of Russia’s ongoing aggression in the Donbass and Crimea.”

Though Ukraine is not a member of NATO, and we have no treaty obligation to fight in its defense, this comes close to a war guarantee. Biden seems to be saying that if it comes to a shooting war between Moscow and Kiev, we will be there on the side of Kiev.

Again, is Biden saying that in the event of a military clash between Ukrainians and Russians in Crimea, Donetsk or Luhansk, the U.S. will intervene militarily on the side of Ukraine?

Such a pledge could put us at war with a nuclear-armed Russia in a region where we have never had vital interests, and without the approval of the only institution authorized to declare war — Congress. 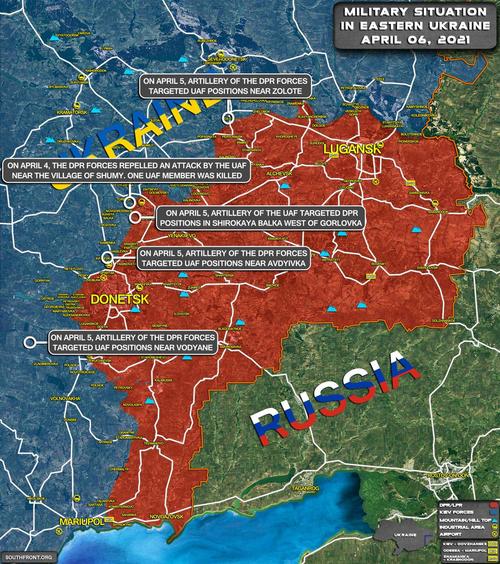 This huge Chinese flotilla arrived after Secretary of State Anthony Blinken put Beijing on notice that any attack on Philippine planes or ships challenging Beijing’s claim to rocks and reefs of the South China Sea that are in Manila’s exclusive economic zone will be backed by the U.S.

Our 70-year-old mutual security treaty with Manila covers these islets and reefs, said Blinken, though some are already occupied and fortified by China.

Apparently, if Manila uses force to assert its claims and expel the Chinese, then we will fight beside our Philippine allies. This amounts to a war guarantee of the kind that forced the British to declare war on Germany in 1939 over the invasion of Poland.

“China is stepping up provocative activities targeting regional American allies in Asia … with an escalating number of military flights around Taiwan and the massing of more than 200 fishing ships near a disputed Philippines reef.

“China also raised tensions with Japan, announcing last week that Tokyo must drop all claims to the disputed Senkaku Islands, an uninhabited island chain that Japan has administered for decades but that Beijing recently claimed as its territory.

“The most serious provocation took place March 29. An exercise by the People’s Liberation Army air force that included 10 warplanes flew into Taiwan’s air defense zone is what analysts say appeared to be a simulated attack on the island. It came just three days after an earlier mass warplane incursion.”

As for the U.S., does the present foggy ambiguity as to what we may or may not do as China goes about asserting its claims serve our vital interests in avoiding war with the greatest power on the largest continent on earth?

If red lines are to be laid down, they ought to be laid down by the one constitutional body with the authority to authorize or declare war — Congress. And questions need to be answered to avoid the kinds of miscalculations that led to horrific world wars in the 20th century.

Are the reefs and rocks the Philippines claim in the South China Sea, claims contradicted by China, covered by the U.S. mutual security treaty of 1951? Are we honor-bound to fight China on behalf of the Philippines, if Manila attempts to reclaim islets China occupies?

What is our obligation if China moves to take the Senkakus? Would the United States join Japan in military action to hold or retrieve them?

What, exactly, is our commitment to Taiwan if China attempts to blockade, invade or seize Taiwan’s offshore islands?

John F. Kennedy in the second debate with Richard Nixon in 1960 wrote off Quemoy and Matsu in the Taiwan Strait as indefensible and not worth war with Mao’s China.

With its warnings and threats, China is forcing America to address questions we have been avoiding for about as long as we can.

China is saying that it is not bluffing: These islands are ours!

Time to show our cards.