A Michigan telecom executive who died in 2018 has now been revealed to have had a “double life” running a “sprawling international drug ring”.

Former CEO of Clementine Live Answering Service Marty Tibbitts was known as a successful executive. But details of his “second life” emerged this year as part of a federal indictment against alleged 43 year old drug kingpin Ylli Didani, according to Yahoo/The Daily Beast. Didani was arrested this week, with regulators alleging his cartel sold cocaine in 15 different countries. He faces charges of conspiracy to distribute controlled substances on a boat in U.S. jurisdiction, conspiracy to distribute controlled substances, and money laundering.

Tibbitts was found – under a pseudonym of “Dale Johnson” – to have worked together with Didiani on trying to develop something called “The Torpedo”, which would be a “parasitic submarine meant to haul clandestine cocaine across the globe.”

The sub would be remote controlled, via GPS and would attach to the hulls of cargo ships using magnets. The two hoped to be able to “stuff the sub with cocaine” before tracking it using GPS and regaining control of it 100 miles off European shores. At that point, a fishing boat would retrieve it. 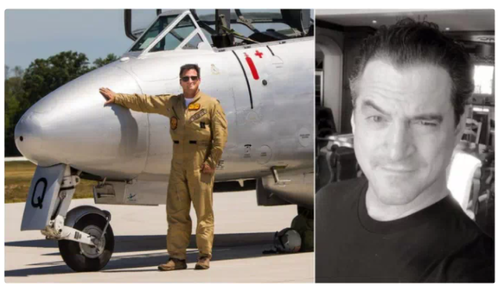 Didani and Tibbitts allegedly paid $12,000 via cryptocurrency and wires from an Albanian bank account to develop the sub. The company developing it said it was unaware of what the “underwater hull scrubber device” was meant for, according to the report.

Tibbitts bankrolled Didani’s operation, the report says, giving him more than $1.8 million in total. At one point, he cut a check for $864,000 for the cartel that was “cashed at a pawn shop or gold exchange business.”

When Tibbitts died in 2018 as a result of his plane crashing in Wisconsin, plans for “The Torpedo” were scrapped and the cartel wound up spiraling into descent. Didani sought new funding in the UAE, but by that time, investigators had already closed in on him.

As for Tibbitts’ double life, his neighbors were shocked to hear the news. “I think anybody who would hear something like this would be shocked,” one of his neighbors told The Detroit News.