Russia’s Lavrov Warns Of Surging Anti-White Racism In US

Russia’s Lavrov Warns Of Surging Anti-White Racism In US

Russian Foreign Minister Sergei Lavrov says there is surging “aggression against white people” in the United States and that it is harming efforts to fight racism. 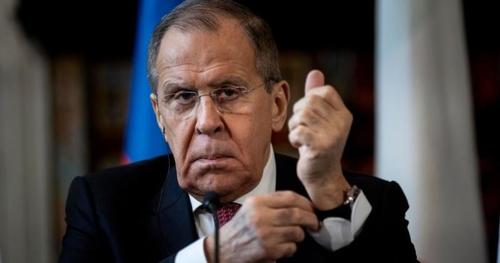 Lavrov made the comments during an interview with political scientists that was broadcast on national television.

“We were pioneers of the movement promoting equal rights of people of any skin color,” said Lavrov, adding that “everyone wants to get rid of racism.”

However, he emphasized how it was important “not to switch to the other extreme which we saw during the ‘BLM’ (Black Lives Matter) events and the aggression against white people, white U.S. citizens.”

Lavrov also insisted that forces within the U.S. were trying to spread a “cultural revolution” around the world by forcing “diversity” down everyone’s throats.

“Hollywood is now also changing its rules so that everything reflects the diversity of modern society,” he said, labeling it “a form of censorship.”

Russian Foreign Minister Sergei Lavrov on Thursday warned that anti-white racism might be building in the United States and said that political correctness “taken to the extreme” would have lamentable consequences https://t.co/lqyE47BIhE

“I’ve seen Black people play in Shakespeare’s comedies. Only I don’t know when there will be a white Othello,” Lavrov said.

“You see this is absurd. Political correctness taken to the point of absurdity will not end well,” he concluded.

As we previously highlighted, after every mass shooting, journalists and leftists rush to blame white people even before the perpetrator has been identified.

In the case of the Boulder supermarket shooting, this backfired massively after it was revealed that the gunman was an Islamist immigrant from the Middle East.

After the Atlanta shooting attack which targeted massage parlors, the media once again whipped up hysteria over “white supremacy,” despite the fact that authorities found absolutely zero evidence the assault was motivated by race.

This led New York Times contributor Damon Young to assert that “whiteness is a pandemic” and “the only way to stop it is to locate it, isolate it, extract it, and kill it.”

“He was not fired from his job at The Root and the New York Times refused to condemn him — such proclamations are what they pay him for!” writes Chris Menahan.

This narrative, in addition to Critical Race Theory, which teaches that all the United States’ problems are the fault of white people, has clearly created an atmosphere where race hate directed towards white people is not only tolerated, it is openly encouraged.