In what appears to be the worst train wreck in Taiwan’s history, a passenger train crashed Friday while entering a tunnel north of the eastern city of Hualien, killing at least 48 people and injuring another 66. The crash, which unfolded at the start of a long holiday weekend, was particularly devastating since the train was packed with nearly 500 travelers. Transport Minister Lin Chia-lung told reporters 490 passengers were aboard at the time of the crash.

Taiwanese news reports claimed that many passengers were forced to stand on the overcrowded train, which amplified the damage caused by the impact since many were simply thrown across the car upon impact.

“People just fell all over each other, on top of one another,” a woman who survived the crash told domestic television. “It was terrifying. There were whole families there.”

Images and video of the aftermath showed the train cars crumpled inside the dark tunnel, while dozens of survivors climbed out of the tunnel, some taking to the train’s roof to escape. Video provided by Reuters depicted some of the early rescue work.

The accident happened at the start of the traditional long weekend to observe the Tomb Sweeping Day holiday in Taiwan. 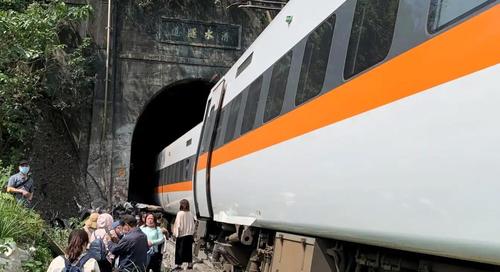 Taiwanese President Tsai Ing-wen has ordered hospitals in the area to prepare for a mass casualty event. 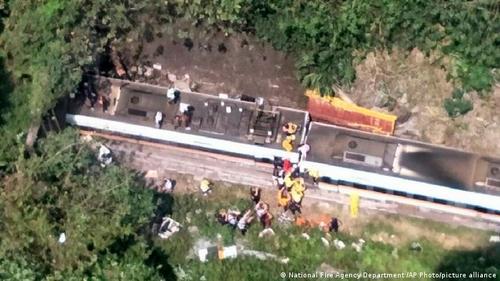 Taiwanese officials said the accident was apparently caused by a maintenance truck sliding down an embankment and striking the train just before it entered the tunnel. The truck’s emergency brake was reportedly not active, and police have taken its driver for questioning. “Our train crashed into a truck,” said one surviving passenger speaking on Taiwan television. “The truck came falling down.” 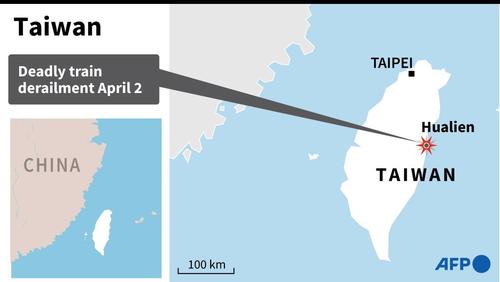 Taiwan’s state-owned railroads have had a patchy safety record over the years, though they’re generally seen as reliable by the population, Nikkei reported.

Taiwan’s mountainous east coast is a popular tourist destination, and the train was traveling from Taipei, the capital, to the southeastern city of Taitung. The railway that snakes down from Taipei hugs the coast and is known for its tunnels, in one of which the crash took place. The link to Taipei opened in 1979.