WTI has given up its overnight gains… again… after the now standard leak headlines “from an anonymous delegate” spooked the market.

Most members are reportedly giving support to a one-month extension, but the outcome isn’t decided and delegates say there are some countries that would prefer to increase production.

“The situation is not clear yet,” one delegate cautions. 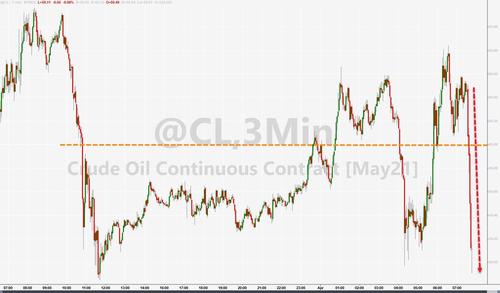 That’s going to mean they’ll soon have to watch others getting increases they don’t share in, or that the others will have to agree to lift Russia and Kazakhstan’s shares of the group’s collective output – something that’s always been difficult for OPEC in the past.