Nuclear Energy In The World 10 Years After Fukushima

Nuclear Energy In The World 10 Years After Fukushima

The March 2011 Fukushima disaster was the most severe nuclear accident since Chernobyl.

Its terrifying consequences led some countries to reconsider their attitude to nuclear energy with states like Germany deciding to phase out the technology.

However, elsewhere, nuclear power continues to be a major source of electricity supply. 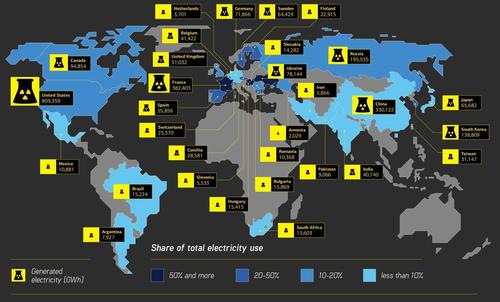 As Bisconti Research national poll, held in June 20202, revealed that 60% of respondents favored the use of nuclear energy, with only 25% opposing it.