Authored by Matt Margolis via PJMedia.com,

The city of Oakland, Calif., has just launched a universal basic income program, providing low-income families $500 per month, with absolutely no strings attached regarding how they must spend it. According to a report from CBS News, this program, which is privately-funded, “is the latest experiment with a ‘guaranteed income,’ the idea that giving low-income individuals a regular, monthly stipend helps ease the stresses of poverty and results in better health and upward economic mobility.” 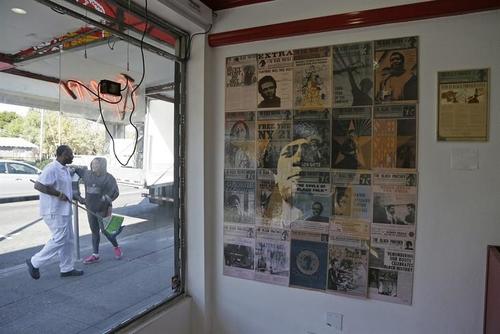 Unless you aren’t eligible for the program because you’re white.

To be eligible, individuals must have at least one child under the age 18 and an income that is at or below 50% of the area median income – about $59,000 per year for a family of three.

Half the spots are reserved for people who earn less than 138% of the federal poverty level, or about $30,000 per year for a family of three. Participants will be randomly selected from a pool of applicants who meet the eligibility requirements.

Oakland’s project is significant because it is one of the largest efforts in the U.S. so far, targeting up to 600 families. And it is the first program to limit participation strictly to Black, Indigenous and people of color communities.

So, if you’re poor, white, and live in Oakland, California, you still gotta check your privilege because… white supremacy… I guess?

The exclusion of low-income but white (LIBW) families is also “a nod to the legacy of the Black Panther Party, the political movement that was founded in Oakland in the 1960s,” according to the report.

I’m no fan of the universal basic income concept, but if you’re going to have one, having a race-based requirement is racist no matter how you look at it.

Proponents of this racist UBI program would probably argue that since it’s privately funded, the organization behind it can set whatever guidelines it wants. Imagine if a privately funded UBI program was limited to white families. Wouldn’t that be racist? Of course, it would! Also, the city of Oakland is still managing the program.

Sorry, LIBWs, because white families on average are more wealthy than families of color, you don’t deserve anything to “ease the stresses of poverty” that may “result in better health and upward economic mobility.”

Just suck it, and be poor, because you’re white.