On Saturday China unleashed its next round of tit-for-tat sanctions following Monday’s coordinated human rights abuse related sanctions announced by the US, EU, UK, and Canada. As was forewarned, these newest sanctions target Canada, but also includes more American officials.

The AFP details, “Two members of the US Commission on International Religious Freedom, Gayle Manchin and Tony Perkins, as well as Canadian MP Michael Chong and a Canadian parliamentary committee on human rights are prohibited from entering mainland China, Hong Kong and Macau,” as listed by the Chinese foreign ministry. 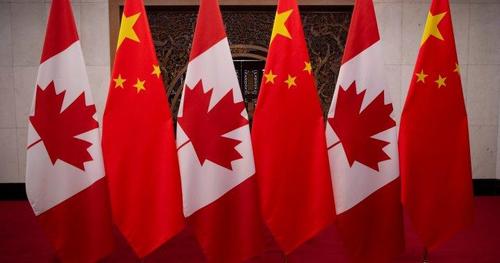 Along with the new punitive counter-measures the foreign ministry repeated its earlier assertion that the US and Canada imposed sanctions on Beijing officials on Monday “based on rumors and disinformation.”

The sanctioned individuals within the Canadian and US governments “must stop political manipulation on Xinjiang-related issues, stop interfering in China’s internal affairs in any form,” the ministry added, noting that they are now banned from conducting any business with Chinese companies or individuals.

“Otherwise, they will get their fingers burnt,” the statement warned threateningly.

China’s immediate response following this week’s punitive measures from the Western allies based on the Xinjiang allegations – which center on China’s network of ‘reeducation’ camps and labor prisons – was to call it a mere “a pretext for interfering in China’s internal affairs and frustrate China’s development.”

“People of all ethnic groups in Xinjiang, including the Uyghurs, enjoy each and every constitutional and lawful right. The fact that Xinjiang residents of various ethnic groups enjoy stability, security, development and progress, makes it one of the most successful human rights stories,” Chinese Foreign Ministry spokeswoman Hua Chunying had claimed in an official statement.

There’s likely more anti-Canada action to come, given multiple members of Canadian parliament have been extremely vocal of late in calling for greater punishment against Beijing, including the Boycotting of the 2022 Beijing Olympics.