Two weeks ago we explained how as a result of the massive decline in Treasury cash held in the TGA account, which would lead to a $1.1 trillion increase in liquidity as a result of a historic drawdown in outstanding Bills, short-term rates would slide and eventually go negative as various market participants scrambled to buy any short-dated TSY paper they could find. This has already been observed in across various Bills maturing between March and April whose rates have turned negative, and judging by today’s 2Y auction, it is starting to spill over into coupon auctions.

Moments ago, the US Treasury sold $60 billion in 2Y notes, which was tied with January for an all time high auction size of $60 billion… 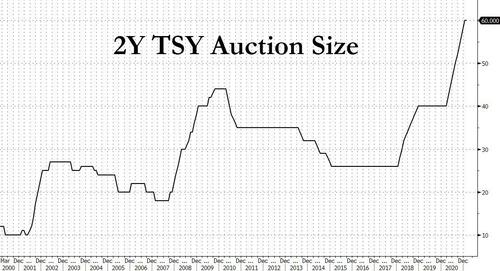 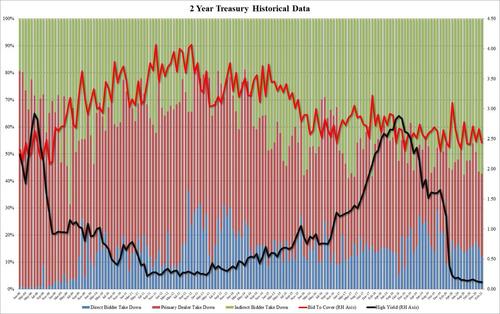 Altogether a mediocre, forgettable auction which was only notable for its record big size and record low yield. And with trillions more in liquidity set to enter the market, the question is not whether we will see even lower record yields but how long before the 2Y prints negative.