Authored by Ivan Pentchoukov via The Epoch Times,

United Airlines has confirmed that it is investigating a potential leak of the flight data on Sen. Ted Cruz’s (R-Texas) trip to Cancun, Mexico.

“It’s against United’s policies to share personal information about our customers and we are investigating this incident,” the airline told The Hill in a statement. The Epoch Times has sent a request to confirm the statement.

Politico was the first to report the internal investigation. An airline executive told the news outlet at the time that if the employee who leaked the data is found they could be fired and that no option is off the table. 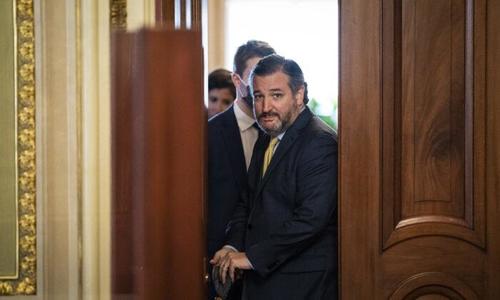 Cruz boarded a flight to Cancun as millions of Texans were left without power and heat amid a freak winter storm. He has since apologized and said the trip was “obviously a mistake.”

“Spoke to a source at United Airlines, Senator Ted Cruz rebooked his flight back to Houston from Cancun for this afternoon at around 6 a.m. today (Thursday). He was originally scheduled to return on Saturday,” Russell wrote.

Leaks of flight information are rare even though tens of thousands of United Airlines employees have access to flight data, Politico reported.

Beyond seeking a presidential emergency declaration, senators have virtually no official role to play in emergency response. Cruz nonetheless summoned a political firestorm by leaving the state while millions struggle.

Cruz said in a statement on Feb. 18 that, “with school canceled for the week, our girls asked to take a trip with friends. Wanting to be a good dad, I flew down with them last night and am flying back this afternoon.”

“My staff and I are in constant communication with state and local leaders to get to the bottom of what happened in Texas,” he added, referring to the power outages and, in some cases, loss of water.

He said that Texans “want our power back, our water on, and our homes warm.”