Erik Prince is the wealthy scandal-plagued mercenary who seems never go away from the headlines. The founder of the notorious Blackwater private security company has since been involved in shady schemes and arms dealing everywhere from China to UAE to Syria to Venezuela. He currently heads the Hong Kong-listed Frontier Services Group, providing ‘security services’ across the globe.

And now it’s been revealed that he’s deeply involved in the still-raging war in Libya. No less than the United Nations is alleging he’s overseeing a major arms dealing program in support of eastern Libya warlord Khalifa Haftar who has for years waged war to take over Tripoli. The findings are detailed in a confidential UN report. 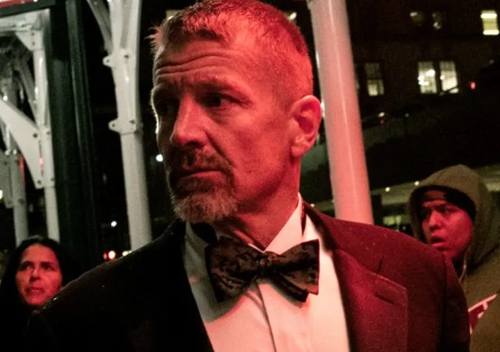 “The confidential report to the Security Council, obtained by The New York Times and The Washington Post, and partly seen by Al Jazeera, said on Friday that Prince deployed a force of foreign mercenaries and weapons to renegade military commander Khalifa Haftar, who has fought to overthrow the UN-recognized Libyan government, in 2019,” according to the latest reporting.

While Prince has typically avoided legal consequences for the past scandals he’s been at center of, the UN findings could bring potential international travel restrictions or even sanctions by the world body. This scenario is likely given there is currently a strict UN arms embargo on the country (something however that’s repeatedly violated by governments like France and the UAE and others).

“The $80m operation included plans to form a hit squad to track and kill Libyan commanders opposed to Haftar – including some who were also European Union citizens,” The New York Times found in reviewing the UN report.

“The UN report raises the question not only of whether or not a close associate of the [former] president violated an international arms embargo, but also of whether or not the president himself was complicit in defying stated US policy,” Al Jazeera’s Kristen Saloomey explained.

It was well-known that despite the US long formally recognizing the Government of National Accord (GNA) in Tripoli, President Trump was personally supportive of Gen. Haftar. The UN report suggests Prince is complicit seeking to overthrow the GNA Tripoli government.

Haftar actually holds dual US citizenship and lived for decades near CIA headquarters in Langley, VA. Trump had previously touted he was helping to “secure Libya’s oil” in controversial statements.  It’s expected that the UN, and likely now the US Justice Dept. will explore links between Prince’s activities in Libya and Trump administrative operatives.

This past week marked ten years since the start of unrest which eventually led to US-NATO military intervention to topple longtime strongman Moammar Gadhafi. The country has since been broken into competing warlords and governments vying for the oil-rich territory, and is still in a state of proxy war where rival external powers have lined up on either side.