Baltimore Activist Urges City To Pay Criminals Not To Murder

Baltimore Activist Urges City To Pay Criminals Not To Murder

One Baltimore activist has come up with a novel strategy for trying to lower Charm City’s notoriously high murder rate: pay people to stop the killing.

Tyree Moorehead, the former felon-turned-activist, delivered his policy pitch while taping a news report about 200 “no shoot zones” the activist had painted across the city. 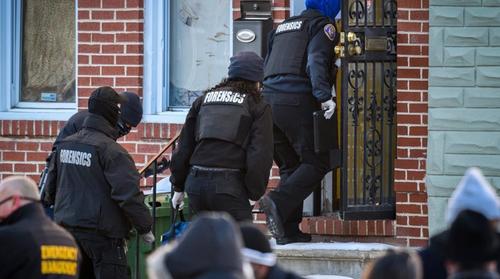 Moorehead, who told the Baltimore Sun and Fox 45 that he had spent more than a decade in prison on a second-degree murder conviction, said measures being undertaken by the city to slow the murder rate simply aren’t working well enough.

“I can relate to the shooters,” Moorehead said.

“Guess what they want? They want money.”

“I’ve talked to these people, I’ve seen the shooters, it’s a small city, I know who the hustlers are,” he added.

Moorehead, who the Baltimore Sun reported spent more than a decade in prison on a second-degree murder conviction tied to a shooting at 15, suggested that certain measures the city has taken to stop the bloodshed aren’t enough.

Baltimore has continued to experience a high rate of killings and shootings in recent years, a trend that only worsened in 2020 as rates of violent crime rose across the US. In 2020, the city eclipsed 300 homicides for the sixth year in a row, while recording more than 1K shootings.

The strategy has actually been tested: the city of Richmond, Calif. tried paying people not to commit crimes in order to try and combat gun violence, and it resulted in the city’s lowest murder rate in 30 years.

While Moorehead’s suggestion is certainly novel, some who work closely with the criminal community have doubts about its efficacy. Former Baltimore Police spokesman TJ Smith said he doesn’t believe paying criminals is the answer. While a new creative idea may be needed to curb violence in the city, he said that Moorehead’s idea “speaks to the desperation that we all have.”