Days after the Biden administration urged officials to use ‘more inclusive’ terms for illegal immigrants such as replacing the word “alien” with “noncitizen,” House and Senate Democrats have introduced a bill which would, along with a pathway to citizenship for roughly 11 million “noncitizens” – codify the wording changes into law. 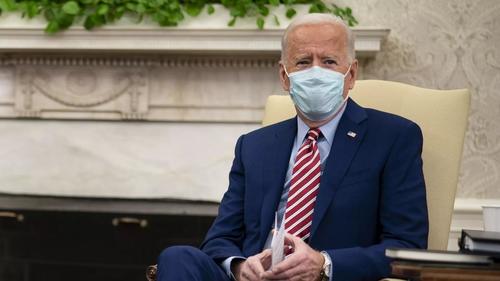 In a Tuesday email sent to US Citizenship and Immigration Services officials reported by Axios, acting director Tracy Renaud encouraged the “more inclusive language in the agency’s outreach efforts, internal documents and in overall communication with stakeholders, partners and the general public.”

Other changes in the email included using “undocumented noncitizen” or “undocumented individual” vs. “illegal alien” and “integration or civic integration” instead of “assimilation.”

According to the email, the term “alien” still needs to be used when citing a statute or regulation or certain immigration forms referring to someone not born in the United States or certain US territories.

Meanwhile on Thursday morning, Biden’s Democratic allies on Capitol Hill introduced the “U.S. Citizenship Act of 2021” – the centerpiece of which is an eight-year path to citizenship for most of the 11 million illegal immigrants living in the United States as of Jan. 1. The bill would officially change “alien” to “noncitizen” in existing federal immigration legislation.

NEW: House and Senate Democrats have introduced a bill that would replace the term “alien” with “noncitizen” in existing federal immigration legislation pic.twitter.com/6vTr8fdx8J

The change in nomenclature drew some pushback from former Trump administration officials Robert Law, who said “By statute, ‘alien’ literally means a person not a U.S. citizen or national. That is not offensive, and neither is ‘assimilation.'”