Authored by Eric Peters via EricPetersAutos.com,

When a dog curls its lip and bares its teeth, you know what sort of dog you’re dealing with. One such dog curled its lip in Massachusetts recently. His name is David Ismay – possibly related to the Bruce Ismay of Titanic fame, but hold that thought.

This Ismay wants to “break the will” – his words – of people who rely on gasoline to power their cars and oil and natural gas to heat their homes, in order to “combat climate change.” 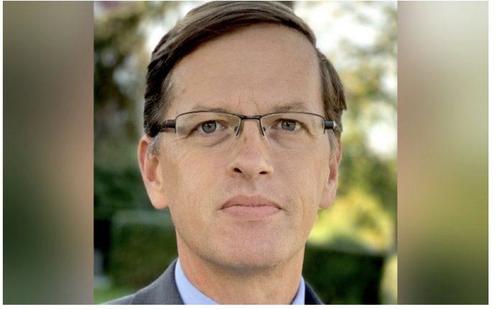 And he was in a position to do just that, being until just recently a government worker and having lots of armed government workers available to enforce whatever he decreed as the Undersecretary for Climate Change – yes, such an office exists – of the state of Massachusetts. A state nominally under the governorship of a Republican – Charlie Barker – it bears pointing out. 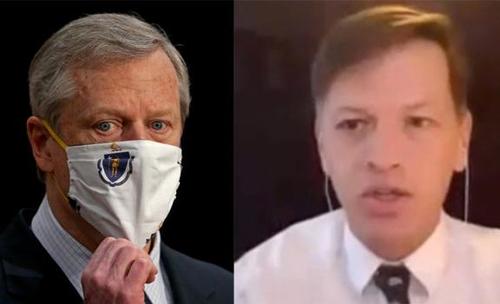 Of course, Massachusetts  is also the state where Obamacare was born, under the governorship of another Republican  . . . Mitt Romney.

But hold that thought.

“Sixty percent of our emissions come from residential heating and passenger vehicles,” Ismay told an audience gathered to hear him expostulate  – using the royal “our” as collectivists reflexively do when they mean to say everyone except themselves, especially when it comes to having wills broken. He went on to say that these “emissions” – of the dread inert gas carbon dioxide that doesn’t create smog or cause breathing problems – “that need to be reduced” – the assertion is taken as established fact – “come from you, the person on your street, the senior on fixed income.”

He described “turn(ing) the screws” . . . in  order to “break (the) will” of such deplorables. That is to say, the desire of the deplorables to resist being impoverished – and frozen – by well-paid-by-those-who-are-forced-to-pay-them government workers such as himself. 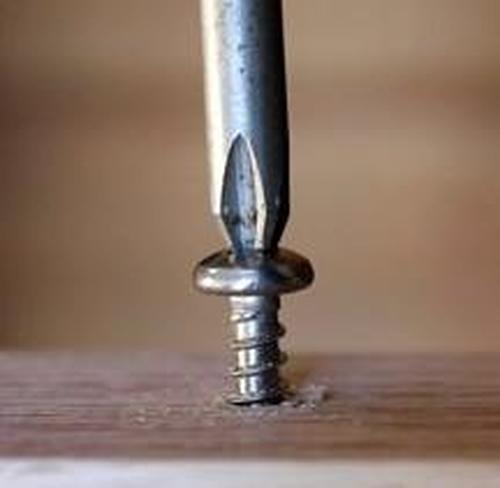 The “person on the street,” the senior on fixed income” (Isn’t everyone on a “fixed” income?) will be the target of punitive taxes and other measures – probably including energy rationing via the “smart” meters that have been affixed to practically every home in the country  . . . all of it designed to make the objects of these measures suffer.

In order to break their will.

Ismay admits at the end of the clip, “I can’t even say that publicly.”

If it sounds pretty Soviet, that’s because it is.

But at least Ismay was foolish enough to be honest – probably because he felt emboldened. Americans having been sovietized to an astonishing degree in terms of their willingness to put up with things that Americans would never have tolerated when the Soviet Union still existed.

Probably because they had the example of the Soviet Union. They could see what it was like to live in the Soviet Union for the “man in the street” and the “person on a fixed income.” This perhaps giving them the necessary motivation to not wish to see America turned into a replica of the Soviet Union, modeled on the pyramid – with almost everyone not at the apex.

But the Soviet Union has been gone for more than 30 years, long enough ago to have receded in the memory of most Americans over 40 today and unremembered by Americans under 40 today. Many of these younger Americans, having no understanding of soviet life – having never actually seen it – think it’s better than American life.

They are about to get an understanding of it, as America transforms into the Soviet Union – a place where the bourgeoisie, a Marxist term of contempt for the middle class and anyone who aspired to it – also had its “will broken” by Lenin and then by his mass-murdering heir, “Uncle Joe” Stalin – who used the exact same terminology and who themselves never worried about getting gas for their government-owned limousines nor heat for their Kremlin apartments, always kept toasty.

The post-Soviet inheritors of this tradition fly in their private jets, like the new federal Special Envoy for Climate Change, John Kerry. Who – not ironically – is often referred to as a “czar,” i.e., an autocrat who decrees and breaks wills.

As was the case in the old Soviet Union, the “emissions” of these “czars” don’t count because their work – the work of breaking our will – is of the utmost urgency.

Not for the sake of the proletariat – or the “climate.”

Understand this – before it is too late to do anything about it.

Ismay – who made $130,000 annually as a government worker, roughly twice as much as the average American family earns  – was eventually forced to resign, which is good.

Which is, fundamentally, the same problem.

Got a question about cars, Libertarian politics – or anything else? Click on the “ask Eric” link and send ’em in! If you like what you’ve found here please consider supporting EPautos.  We depend on you to keep the wheels turning!  Our donate button is here.