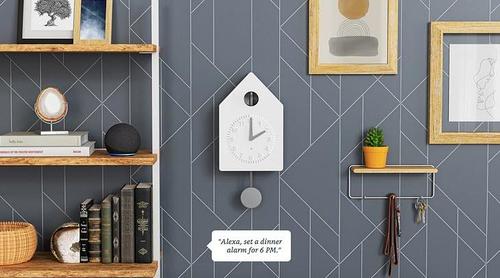 In an effort to include customers earlier in the process, Amazon announced yesterday a new program called Build It. Amazon will present some of their favorite concepts to customers who will then be given the opportunity to pre-order them.

If the concept product hits its pre-order goal within 30 days, Amazon will begin to manufacture the product as customers who pre-ordered it will be the first to receive it. Customers can lock in a special price in the pre-order state and will only be charged if and when the product ships.

With the announcement of Build It, Amazon also unveiled the first three concept products as part of the program, which will be available for pre-order through March 19.

The first three products – a smart sticky note printer, a smart nutrition scale, and a smart cuckoo clock, are each Alexa-enabled. Amazon says it will ship at least one of the products and will ship all three if they hit their pre-order goals.

The $89.99 Smart Sticky Note Printer uses voice-to-print technology so you can print shopping lists, to-do lists, reminders, calendar events and even puzzles. The printer uses thermal technology to eliminate the need for ink or toner.

Finally, the $79.99 Smart Cuckoo Clock features 60 LEDs, a mechanical pop-out cuckoo bird and built-in speakers for timers and alarms. The clock’s settings allow you to set sound and motion schedules and even mute it. The clock allows users to prompt commands such as “Alexa, set a 20-minute timer,” or “Alexa, set a dinner alarm for 6 p.m.”

Amazon’s take on crowdfunding is a fun way to get its die-hard customers more involved in the product creation process while testing demand for concepts to see if they’re worth producing at scale.