Oil prices are lower this morning ahead of the official inventory data (after spiking on Permian shut-ins and a bigger than expected crude draw reported by API) as stocks sank:

“The outage will be temporary but it will still help to accelerate U.S. oil inventories down towards the five year average quicker than expected,” said Bjarne Schieldrop, chief commodities analyst at SEB AB.

Estimates for how long the U.S. outages may last have risen in recent days as analysts try to figure out the timespan involved in thawing out infrastructure.

This week’s inventory data is unlikely to reflect any effects of the storm (except the possibility of some stockpiling ahead of it).

After API’s big draw, analysts expected 9th weekly drop in crude stocks in the last 10 weeks and were right as crude inventories dropped a far greater than expected 7.25mm barrels. Gasoline stocks rose for the 6th week in the last 7… 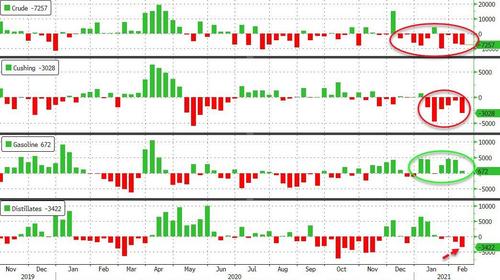 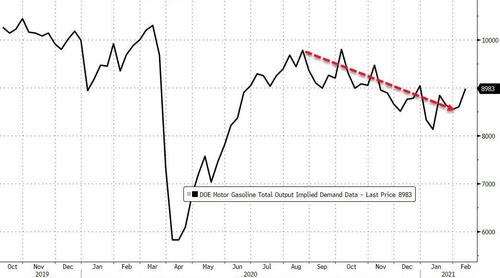 US Crude production has been remarkably stable in the last few weeks, even as rig counts and prices have risen… 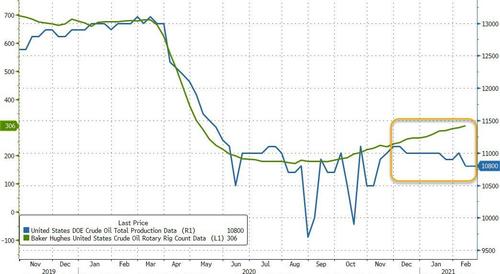 WTI traded around $60.80 ahead of the API data and rallied back above $61 on the big draw… 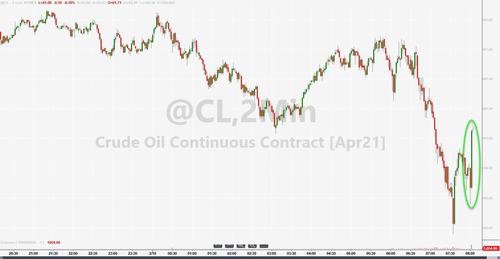 “Oil prices have given up their gains with the U.S. equity market opening negatively,” said Giovanni Staunovo, commodity analyst at UBS. “The perception that the storm is not just a bullish element for crude is also limiting price gains, as production outages are offset by lower demand from refineries.”