NASA’s Rover, ‘Perseverence,’ has finally successfully touched down on Mars, marking NASA’s largest and most sophisticated science instrument on the red planet.

NASA documented the occasion with a tweet-by-tweet countdown as Perseverance touched down, where it will search for signs of past microbial life.

I’m safe on Mars. Perseverance will get you anywhere.

This is it. I’m entering the top of the Mars atmosphere. No looking back. Seven minutes to touchdown. #CountdownToMars pic.twitter.com/q4LcKcPfpr

As the craft touched down, Cheers erupted at NASA’s Jet Propulsion Laboratory in Pasadena, Calif. on Thursday when flight controllers received a signal Thursday at 1555ET that the craft had successfully landed.

Touchdown confirmed. The #CountdownToMars is complete, but the mission is just beginning. pic.twitter.com/UvOyXQhhN9

Traveling to mars has been a US priority since the administration of George W Bush.

“This is one of the most difficult maneuvers we make in the space business,” Matt Wallace, deputy project manager of NASA’s Mars 2020 mission, told reporters on Wednesday.

Perseverance had traveled 292MM miles (470MM kilometers) since being launched July 30 from Cape Canaveral, Florida. Mars landings are among the toughest challenges in space exploration, and Perseverance’s arrival in Jezero Crater was the trickiest NASA has ever attempted. 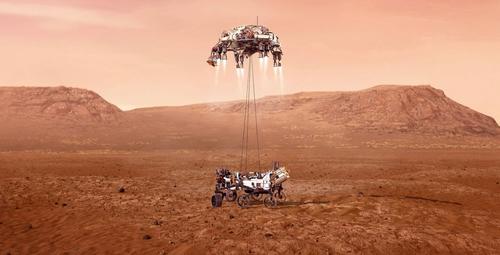 Covered in boulders and craggy sand dunes and cliffs as high as 300 feet (about 90 meters), the 28-mile-wide (45 km) crater had been rejected for previous missions, but NASA targeted it after advances in terrain-navigation technology enabled the craft to alter its flight path autonomously. The $2.7 billion rover also carries a drone helicopter known as Ingenuity with 4-foot rotors, which will be the first craft to attempt to fly on another planet. A successful landing would mean the aircraft could fly as soon as next month, depending on how scientists assess different locations for a flight. 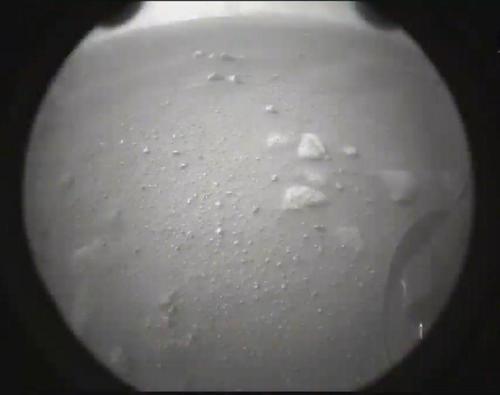 This is the fifth time since 1997 that NASA has attempted a landing on the Martian surface, a daunting task of physics and engineering that comes with a dismal record: Over 50 years of attempts, more than half of previous efforts have failed.

The former Soviet Union is the only other country that has successfully placed a spacecraft on Mars.

NASA is expecting big rewards from the $3 billion mission. The Perseverance rover is not only the agency’s most sophisticated robotic explorer, but it’s also the first stage of a broader plan to collect more martian rocks.