Greenwashing is a term you may not be familiar with but may become used more frequently in the future. The combination of limited public access to information and seemingly unlimited advertising has enabled companies to present themselves as caring environmental stewards, even as they were engaging in environmentally unsustainable practices. This has been going on for years and I expect the effort to portray a company as “caring about the environment” is about to be ramped up to a whole new level. 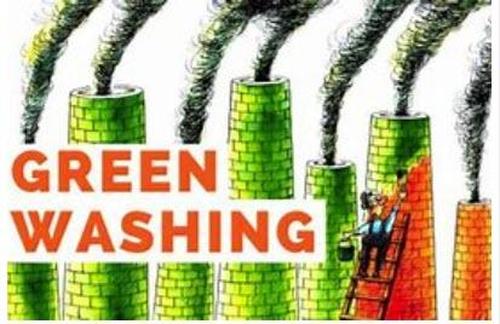 The idea of greenwashing is not new but has evolved and drastically increased with the news-waves constantly echoing concern over global warming and climate change. Many companies are now working to engage customers in their sustainability efforts, even as their core business model remains environmentally ugly. The many ways companies and people damage the environment are often their “dirty little secrets.” Sometimes environmentally damaging behavior is driven by greed, sometimes ignorance, and sometimes a feeling of entitlement or indifference. It is often difficult for people to discover the truth about a company when it is hidden behind well-contrived lies. 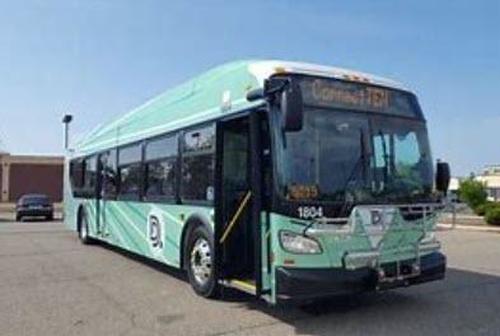 In “Many Cites” Buses Have Few Riders

In the same way, government diverts our attention from something that highlights its failures, companies often divert our attention from the bigger picture. Marketers create advertisements that appeal to the sensitive hearts of the consumers by making images and films that are adorable. This is also done by making green claims that are vague and ambiguous. By simply changing the color of the company logo from yellow or red to green can invoke the illusion of environmentally friendly products.

Greenwashing is not reserved for companies, even individuals use it. An example is how John Kerry, President Biden’s recently appointed climate czar and envoy for climate change, tried to wash away his sin for taking a private jet to Iceland in 2019 to receive an award. When asked by a local reporter if this was an eco-conscious way to travel, the former secretary of state replied, “it’s the only choice for somebody like me who is traveling the world to win this battle.”

Like many of the global elite, Kerry doesn’t see himself as guilty of abusing his position, to him, he is merely exercising his privilege. We see the same crap flowing from many of the self-absorbed global elite that attend conferences such as the World Economic Forum in Davos. For many of these people, a private jet is not the “only” choice, it is a “preferred choice.” The hypocrisy of John Kerry, and people like him, should give us pause.

A major issue we now face is that putting a friendly face on ugly presents a real danger. This comes at the same time governments and central banks are rushing to fund a green agenda. Sadly, many of the ideas generated by these so-called environmentalists are akin to putting lipstick on a pig or rooted in the idea a great deal of money can be made by embracing this move. The continuing debate of whether Electric Vehicles are less damaging to the environment and indications they are not underlines the importance of plotting a clear path ahead.

Years ago the answer was ethanol, a renewable domestically produced alcohol fuel made from plant material, today many see this as an expensive boondoggle to benefit big agriculture. The current political atmosphere is ripe for crony capitalism to flourish and boondoggles to sprout up everywhere, especially when it comes to going “green.” Another troubling development is the possibility of government overreach removing many of the choices we have come to enjoy. This of course would be carried out under the idea it is being done for “the greater good.”

Falling into this category is an agenda being promoted under the Green New Deal moniker, this name is most likely used to give this vision of America a more credible image. The Green New Deal is modeled in part after Franklin D. Roosevelt’s New Deal, a large federal program designed to stabilize the economy and recover from the Great Depression. It should be noted many people give credit to World War II for pulling America out of the Great Depression rather than Roosevelt’s economic policies.

Factcheck.org looked into the Green New Deal to see what it includes and doesn’t as well as to why there is confusion over the content. It calls for a massive change in society and the way we live. It focuses on tackling climate change but isn’t concerned just with reducing emissions. This was all wrapped into a resolution listing goals to be accomplished in a 10-year mobilization effort that does not stipulate how the country will reach them. The resolution is also silent on cost and how all this should be funded. Below is a list of the five goals, which the resolution says should be accomplished in a 10-year mobilization effort:

With the hard turn towards creating a more green economy, it should come as no surprise that now Jane Yellen as the face of the Treasury Department’s free money initiative recently addressed the G7 telling them, we “should be focused on what more we can do to provide support at this time.” She went on to “emphasized the commitment of the Biden Administration to multilateralism to solve global issues, stating that the United States “places a high priority on deepening our international engagement and strengthening our alliances.”

The fact Yellen also “expressed strong support for G7 efforts to tackle climate change, highlights how just a small percentage of votes can cause a 180-degree change in a country’s policies. Yellen even went further expressing her strong belief that G7 countries “must work to address the challenges facing low-income countries who are struggling to respond to the pandemic.” Several Central Banks have already endorsed the green agenda. This all falls into the scenario that it’s time to finally fix the world and together we have the ability to create the money to do it.  In short, we will spend and you should too.

Enough about the money and the politics behind all this, the reality is, much of the direction the world takes will have less to do with the environment than the image those in charge wish to project. If any of these people really gave a damn about the environment the first word out of their mouth would be “conserve” and then they would be talking about reducing waste.

This is the low-hanging fruit that could be quickly reached and picked at little cost. Both would make a great difference.

The reason nobody talks about this is that conserving and reducing waste would cause the GDP to fall like a stone.