Does Elon Musk’s Igniting Bitcoin Take Us To The Moon?

Does Elon Musk’s Igniting Bitcoin Take Us To The Moon?

I’m not Elon Musk’s biggest fan. At best, I see him as equal parts huckster and visionary.

But I won’t lie, as a long-time advocate for Bitcoin both in theory and practice, I welcomed his announcement that Tesla Corp. has a $1.5 billion position in granddaddy of cryptocurrencies.

That’s, of course, assuming that Elon isn’t the world’s biggest troll, which is a non-zero probability in my opinion.

This announcement, on the heels of Musk’s open support of the Redittor Rebellion against Wall Street via Game Stop and Dogecoin, may be the moment where we say this was the turning point.

Bought some Dogecoin for lil X, so he can be a toddler hodler

Because Musk sits at the center of the Venn diagram of today’s cultural dynamics.

He’s an entrepreneur building electric sports cars and commercializing space flight. Tesla and SpaceX, regardless of what you think about them as companies, are aspirational ideas of the highest order.

As libertarians we’ve long decried the public space program as wasteful and inefficient. NASA has stood in the way of private space exploration for decades. And because of NASA’s typical bureaucratic defense of its fiefdom, space exploration slowed to a halt for the past two generations.

Now the race for space is everywhere, in part, due to Elon Musk.

Musk, to his credit, schmoozed not only green energy money out of the U.S. government to subsidize the growth of Tesla into the biggest meme stock of all time, he also is single-handedly legitimizing the privatization of space.

More importantly, he’s very much the hero of the Millennial generation. He’s their spirit animal. Tesla and SpaceX both speak to the broken promises of the Baby Boomers with their Utopian fantasies and Gen-X with their inability to move the Boomers out of the way.

And because of this when Musk speaks Millennials move. Who’s zooming who is a good question (see this podcast with Patrick Henningsen of 21st Century Wire). Is Musk driving or riding the bus? In the end I don’t think it matters, they are linked.

Don’t think so? Musk tweets out you can buy a Tesla with Bitcoin and Bitcoin ramps $8000 in one day. For an asset of legendary volatility, this was a nuclear bomb.

And this wasn’t some pump and dump event.

As a market analyst, I saw the timing was there to create maximum effect. It was the exact thing to blast Bitcoin through the recent high at $42,000 per coin.

Wall St. and the central banks were (what else?) heavily short Bitcoin in the futures market hoping to tame it by holding it below that level for the next few months or, if they could engineer a big enough sell off, years.

Musk knew the short position in Bitcoin was the largest it had ever been, and he saw another opportunity to build on the Millennial’s rebellion against the established order that began with Game Stop.

The generational aspect of this is important.

The old guard worked so hard to hold onto power in D.C., Brussels and London in 2020. They see the future only in terms of threats to their power. And they should. The people have had it with their feckless and cynical corruption.

The response to the COVID-19 ‘crisis’ has been completely over the top, emphasizing even more the anti-aspirational mindset of the entitled oligarch class. They have placed us under house arrest driving us crazy rather than face the consequences of their broken social program promises.

Horrific people like Speaker Nancy Pelosi and EU Commission President Ursula Von der Leyen believe all they have to do is throw us a little hush money (which we will still have to pay back mind you!) and we’ll go back to being quiet, porn-besotted layabouts straight out of Pixar’s Wall-E. 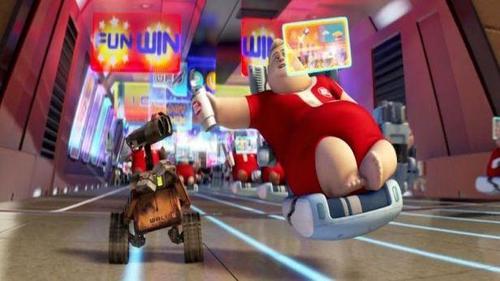 These are the same people who racked up debts so big our grandchildren won’t be able to pay them off.

Pelosi thinks appealing to them through student debt jubilee will save her from the guillotine. She believes amping up the envy between economic classes and widening the political divide will insulate them from the anger.

But she is wrong.

The main tension within our society today isn’t race or sex or any of that post-modern watered-down Marxist nonsense. It is the unwillingness of the older generation, in this case the post-World War II generation, to give up the immense power accumulated over the course of the post-Enlightenment Age.

And the Great Reset is all about ensuring none of us ever get off their tax farms, with unassailable power for them and universal serfdom for us.

In that respect, maybe the post-modern Marxists has a small point.

Which brings me back to why Musk announcing Tesla’s position in Bitcoin is so important. Because what lies at the source of that immense power of the oligarchy I call The Davos Crowd?

It is the power to issue and control the value of money.

It is only we libertarians who have been steadfast in our criticism of the monetary system and how to fix it.

It is only the Austrian Theory of the Business Cycle which has adequately described the creeping malaise a society succumbs to over the decades where corrupt money circulates.

And the intense drive to crash the world economy in a compressed time frame, known as The Great Reset, is all about their pulling a bait and switch creating the ultimate control mechanism for the oligarchy, digital-0nly central bank money.

The ultimate fake money. Just like the fraudsters on Wall St. to take a good idea, a trustless, private, freely spent, incorruptible asset like Bitcoin, and turn it into a inflatable, cancellable, restricted-use fake money like the digital euro or yuan.

In 2016 I wrote a piece where I identified one of the main psychological drives of the Millennials, the drive for ‘authenticity.’ Bitcoin, by its very nature, is both aspirational, a quantum leap forward in the technology of money, and authentic, since it cannot be counterfeited.

The fight is now on. Millennials get Bitcoin. It is what they want. Boomers hate Bitcoin. It reveals all their lies. Many libertarians hate bitcoin because they feel it undermines gold and the history of sound money.

The truth is Bitcoin complements gold. I don’t care if you hate it, bullion dealers take Bitcoin (hint, hint).

Bitcoin, and cryptocurrencies in general, represent the potential for the greatest populist uprising of all time, a massive wealth transfer from the oligarch class to the middle class. Early adopters are now capitalized to build new systems to rival the old ones.

Which, finally, brings me back to Elon Musk.

Because Musk just lit a solid-rocket booster under the entire cryptocurrency market. He didn’t create this bull market, but he did just legitimize it validating the hope, dreams and work of crypto’s early adopters at a moment when the oligarchy has never been more in control of society and more vulnerable to attacks because of its illegitimacy and complexity.

He openly declared war on the hand that fed him his billions.

The central banks are losing control over hundreds of billions in saved capital. Bitcoin is disappearing onto the balance sheets of companies, funds and households all over the world.

Musk galvanized his place as the guide of a generation. I’m still not sold on Musk, he may just be riding the wave that was already building while simultaneously shoring up Tesla’s balance sheet, which badly needs it.

He may even be setting himself up to be the next generation of oligarch, certainly.

But there is no denying that this is the moment where he led the advocates for hard money and the Millennials paean for a return of normality across the Rubicon.

Join My Patreon if you think this is liftoff