With shares of Tesla sputtering over the last couple of weeks – made even more interesting by strange put buys coming into the name over the last 2 weeks – Elon Musk has slipped out of the pole position for the title of world’s richest man.

Bezos, who was temporarily dethroned from the position last month after holding the title for more than three years, has reclaimed his spot at the top of the list with his net worth at $191.2 billion. Musk has slipped to second with a net worth of $190.2 billion. 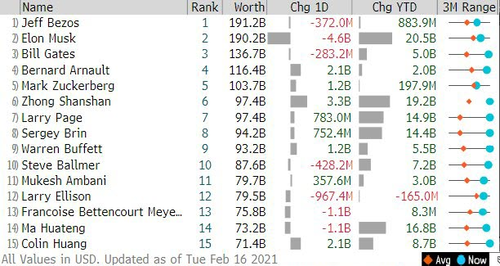 Musk’s stint at the top lasted about six weeks, until Tesla’s recent pullback from over $850 to the high $700 range, which came after Musk’s decision to put $1.5 billion worth of Bitcoin on the company’s balance sheet. He also interjected himself in the middle of the GameStop fiasco and has commented online about companies like Etsy and Signal.

In fact, Musk has been doing so much Tweeting, it begs the question of what he actually spends his day doing. But that’s another story for another day.

Bezos has recouped his title despite announcing this month that he is going to be stepping down as CEO of Amazon and into a Chairman position. He is currently also involved in his own space exploration company, called Blue Origin, and the Washington Post. Amazon is up 53% in the last 12 months. 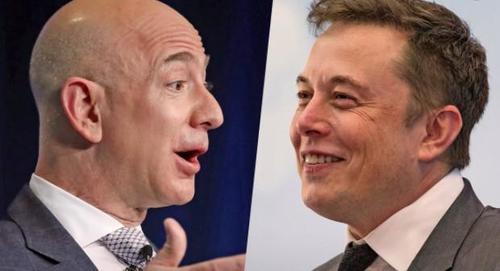 Musk could wind up passing Bezos again quickly. Musk’s SpaceX is looking to raise money at a “significantly higher” valuation than its last round.

But come on, Elon. Why put in all that pesky work to pass Bezos? What does it take to get someone to come in and buy a couple million bucks worth of OTM calls for a friend to prop you back up on top?