Blain: Why “Acting Big” Still Won’t Cure Much In The Real Economy

Blain: Why “Acting Big” Still Won’t Cure Much In The Real Economy

“The secret of getting ahead is getting started.”

There is a fascinating article in the FT this morning: Joe Biden’s huge bet: the economic consequences of “acting big”. Much the same debate is being hammered across learned journals, the economic departments of central banks, and investment firms: what are the risks of massive reflationary stimulus measures, and what are the economic opportunity costs of not enacting them?

There is no simple answer – except to try it.

Economists still can’t even agree how money works – although there are plenty of theories. Some involve complex equations, but its largely art rather than science. Trying to predict how the economy will react to money, more money and yet more money is largely about behaviour – which isn’t always rational nor lends itself to difficult maths. The global economy is incredibly complex, effectively the sum of inter-reactions between 7.8 billion individuals. Everything from prices, taxes, rates, fashion and taste influences the way the economy and crowds function.

Here is the key thing: Markets are about the ways in which traders perceive the global economy, and the sentiment of crowds, to be working.

Traders, and hence markets, listen to the economic noise and place their bets accordingly. It might be a macro issue: if they anticipate massive inflation around the corner – it doesn’t matter if they are right or wrong, the market will price that perceived risk as rising. Or it might be micro: if a war breaks out in central Africa, how might that change Lithium prices and damage EV makers.

While economists can argue all they want – and ask 3 for what they think, and you will get 5 different views – a traders role is to figure out how the economy is likely to work and how the consequences of action today will shift demand vs supply and move prices tomorrow.

The debate around what stimulus can achieve, how they operate to change the ecomomy, and what consequences they generate in markets underlies the current crazy investment sentiment. The last 12 years of monetary distortion through artificially low interest rates, quantitative easing , the boom in corporate borrowing, and the binge of stock buy-backs has grossly inflated the value of financial assets: stocks and bonds. Meanwhile government attempts to balance budgets and austerity policies created the world of asset stagflation: where financial assets rose in value even as the economy effectively flatlined and populations suffered – widening inequality.

Only now are governments waking up to reality: how to kick start the real economy.. rather than protecting the Potemkin Village that is the financial economy.

Over the last year of Covid Pandemic has apparently changed the equation. Suddenly governments have been forced to act – spending like drunken sailors on a spree, dropping helicopter money on the economy, and apparently willing to countenance anything to kickstart growth. 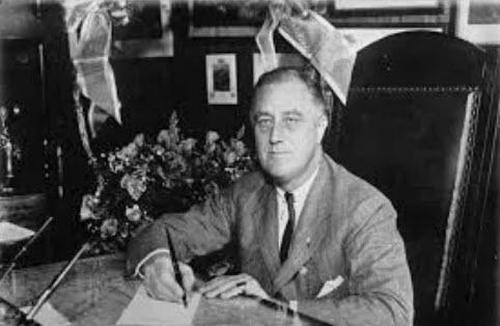 Where do we go from here?

Biden’s $1.9 bln stimulus package, “Acting Big” (a Janet Yellen phrase), aims to move the US economy – which was already on course for a strong Covid recovery, onto a completely higher plane. The perceived risks are multiple in terms of delivery failure, overheating (is that such a bad thing), galloping inflation as in the 1970s, and instability.

It’s a slightly different problem in Europe where there is no clear agreement on where stimulus goes or how its enacted. Sure, the ECB put together its €750bln recovery fund, but it’s clear there is massive reluctance of rich nations, especially Germany, to be seen bailing out the weaker passengers. The risk in Europe isn’t inflation – its recession. As the WSJ reports, the debate in Europe isn’t talking about stimulus, but how this year’s German election is likely to see it scaled back: Europe Faces Tough Task in Weaning Economy off $1.8 Trillion in Covid-19 Relief.

Who knows what will happen in the UK. Apparently Chancellor Sunak wants to tax us into starvation one day to pay for it all, and is willing to fatten us all up the next. The papers are urging him to follow Biden and splurge up to £190 to get the economy back on track. “The risk of doing too little far outweighs the risk of doing too much”, says an economist in one article.

The Act Big FT article quotes economic luminaries, included a converted  Ken Rogoff who says: “I’m very sympathetic to what Biden’s doing… there is some risk we have economic instability down the road, but we have political instability now.” That’s a real turn around for Rogoff. Together with Carmen Reinhard, now at the IMF, they famously set the dictum economies underperform once govt debt hits 80% of GDP. Rogoff adds, later in the article: “if it goes wrong for the US, it goes wrong for everyone”.

Olivier Blanchard, former IMF chief economist and now president of US economists, warns “$1.9 bln programme could overheat the economy so badly as to be counterproductive.”

Mariana Mazzucato, prof at UCL, is there saying: “you are not just flooding the system with liquidity, but reaching the real economy and creating a stronger industrial base. That’s the kind of thing we want to see – expanding capacity and preventing inflation”

What will it mean. I suspect pumping in more yet stimulus is necessary, but won’t cure much:

Second, trying to shift investment from financial assets to the real economy is proving extremely difficult. If I try to finance new property, or a new plant through the private debt markets – then the typical hurdle rate for a broadly investment grade deal will be in excess of 6%. At the same time, highly speculative public Junk bonds trade tighter because of the perception they are liquid and will benefit from QE. (The truth, of course, is they will as liquid as set concrete in a crisis.)

To put money back into the real economy we have to end the distortions fueling the financial asset economy. But that would cause a market crash – which central banks can never allow or be seen to allow.

And all this before we even consider Modern Monetary Theory and the risks of inflation? It’s a big gamble – will creating “loads of money” to stimulate economies work, or will it lead to massive inflation, government crowding out entrepreneurial spirits, and the collapse of fiat money?