The Metropolitan Museum of Art of New York City, otherwise known as “Met,” which happens to be the largest art museum in the US, is facing a massive shortfall of $150 million because the virus pandemic has resulted in a dramatic reduction in ticket sales, according to the NYTimes.

“This is the time when we need to keep our options open,”Max Hollein, Met’s director, said. “None of us have a full perspective on how the pandemic will play out. It would be inappropriate for us not to consider it, when we’re still in this foggy situation.” 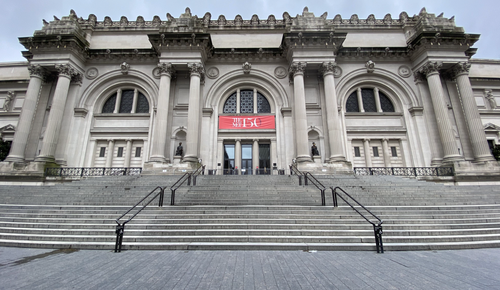 Like many museums, Met is under extreme financial distress, and thanks to the Association of Art Museum Directors, a professional group that manages its members’ best practices, a two-year window has opened up where proceeds from art sales can be directed to fund operations instead of only for future art purchases.

The Brooklyn Museum was the first to dump $31 million of art at auctions last fall to fund its budget shortfalls. Later in the year, the Baltimore Museum of Art followed suit and sold millions of dollars of art, including paintings by Brice Marden, Clyfford Still, and Andy Warhol, to fund operations.

Former director of the Met, Thomas Campbell, took to Instagram over the weekend to show his disgust at Met’s management to even consider selling art.

Here’s what Campbell had to say:

“Disconcerted to read that The Met is considering deaccessioning art to support operating expenses. While I know as well as anyone the complexity of running that behemoth, and I have great sympathy for those in the driving seat, I fear that this is a slippery path.”

It remains to be seen what collection of artwork the Met is willing to dump at auction.

A warning shot was fired by the American Alliance of Museums late last year, who reported that at least a third of directors of 760 museums said there was a “significant risk” of closing operations within 16 months.

Several months ago, referring to the museum downturn, we asked this question: “Does that mean cheap art is about the hit auction houses and reverse lofty prices? ”

… and perhaps to answer the question above, that could certainly be the case today.