Blain: There Is Little Rational In These Markets

Blain: There Is Little Rational In These Markets

“Don’t get angry, read my lips, we’ve all got, new opportunities, knock-knock-knocking in a boom time”

Markets are getting a bit hatstand. (For those unfamiliar with the expression “hatstand”, I think it might be related to that time at university when we got busted for the large pot plant that lived on our windowsill (its’ name was Voltaire). I, of course, was totally innocent(ish), but one of my pharmaceutically enhanced mates thought he could hide behind the coats hanging from the said hat storage unit. The boys in blue purposely ignored him while he chortled and giggled away as they read me the riot act.) 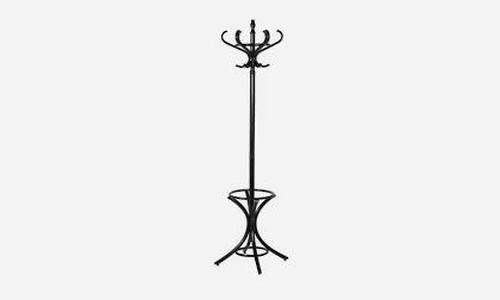 Great story – and not wholly irrelevant to this morning’s tale of markets.

This is living in a boom time. This is deja vu all over again.  This is unconstrained exuberance. Markets are more frothy than the frothiest cup of coffee you can imagine. Nothing you can do about it except live with it. One of my colleagues made a great point yesterday – there is nothing wrong with speculative markets – its they way you play them that matters.

Which is why its worth starting this morning with a reminder of Blain’s Market Mantra No 1: The market has but one objective: “To inflict the maximum amount of pain on the maximum number of participants.”

Now, I don’t know if we really are approaching the point where the rubber band powering the furious upwards peddling of the market snaps, but it does feel like we are in some kind of bizarre time loop where is just gets better and better, where belief is increasingly suspended by the unending upside. We seem to be without any value anchor.

Yesterday the Japanese Nikkei stock index powered over the 30,000 line – a level we last saw 31 years ago…! How well I remember these days. We were the bright young market things – playing the booming Japanese warrants bond market and the index. By December 1989 the index closed the year just shy of 39000. 1990 promised us untold riches. Confident of the Nikkei’s stratospheric trajectory, we were wrapping more and more bonds in leveraged Nikkei options, telling the Japanese insurance companies buying them it was going to infinity. Maybe even beyond.

JP Morgan says the market is at its most complacent in over two decades – based on their measure of valuations, positioning and price momentum. They warn expectations haven’t been this extreme since the dot.com bubble 21 years ago. For those of you too young to remember, the dot.com crash was the last time someone spoilt the party by asking if a company with a market cap of $900 bln shouldn’t be making considerably higher profits than the anaemic couple of hundred million it posts each year.

Ouch. Don’t ask dangerous questions about valuations. Let’s try to not to upset anyone.

It’s difficult to ignore the party going on all around us. You can sell anything in this fervid speculative beat of FOMO and exuberant optimism. Bitcoin, SPACs, Cannabis, flying cars, robots, hydrogen, live-for-ever pills, bottles, flagons, cans… party on.. It’s all a bit sad for the folk who already crashed and burned on bad tabs of GameStop.. but hey-ho.

Flows into equity markets have never been so high. Flows into junk bonds – likewise. So much money all flowing into risk assets..  The record issuance in junk bond land is staggering – volumes are now over half the total corporate bond market and yields are a pretty meaningless sub 4% – 280 basis points over Treasuries. No one is listening as the credit market’s alarm bells ceaselessly ring. We are seeing things like PIK notes suddenly back in vogue: if the issuer can’t pay you the interest you expected/hoped for… then they give you more bonds instead. Yay!

What is driving the madness? It’s a classic demand exceeds supply situation, as everyone flocks to financial assets. The clearing price of bonds and equities are rising accordingly. The Why of it is simple: there so much money – central bank policy is too easy, money is too cheap on the back on distortedly low interest rates, and government stimulus money is flooding into financial asset markets.

Speculation has a monetary gravity all of its own. Speculation attracts speculators baited by the apparent returns and FOMO. All that money causes people to believe lots of improbable things – often before breakfast – like the global rally post Covid is going to justify today’s frothy prices (even though prices are already fully factoring in growth.)

There is little rational about it all – its speculative.. And speculation, like an occasional bet on the horses, is not a bad thing.

There are two ways to invest in markets.

You can put on a nice suit and make like Warren Buffett with lots of consideration, thoughtful analysis, balance sheet cracking and understanding of underlying markets and society. It works quite well in normal markets. You buy a stock in 1980 and when you retire in 2030 that stock you’ve held long-term pays your pension. Yay!

Or you can accept the challenges of speculation.

Jump into the speculative momentum pool and swim in the FOMO currents – be disappointed you only bought a 5 bagger, when the person next door is sitting on multiples of that.. Spend a bit more, join a few more chat pages… and buy the next sure fire thing.. Hold on to it as it reaches 10 times what you paid. Blink and its worth half. Opportunities like this are rare. Sieze them.

But, as someone warned me recently.. his cleaning lady told him to buy Bitcoin. Ah.. where are the customers yachts?

There is little rational in these markets.

The UK has got itself in a right tiz about the proposed new coal mine in Cumbria. The ecologically sound and strident papers are full of righteous indignation that the UK would even think about mining coal. The BBC is tsk tsking at the termerity of the plan to create new jobs by destroying the UK’s green credibility. It suits the current ESG fixated market.

Of course, it makes perfect ecological sense for the UK to use UK coal to make the steel we need to build windfarms and other renewable energy sources here in the UK. When you quote the reality you can’t make steel without coal, the unlistening Greens yammer on about new ways of making steel – which might or might not work by 2050. We need to address climate change today – with the tools available.

You can try explaining that it doesn’t matter where steel is made or where the coal is mined when it comes to rising CO2 global levels – it’s the carbon miles in shipping Oz coal to the UK that matter and could be avoided. Nope. No one is listening. Alok Sharma wants to look good at the COP26 conference – and that clearly takes precedence.

Perversely, I am delighted to observe BHP’s recent price outperformance on the back of the new emerging commodities supercycle. Its’ paying a $5.1 bln half year dividend, largely on the back of the money it’s earned selling Iron Ore to China – where it will be smelted down with Coking Coal (also provided by BHP from Oz). The Chinese companies will now sell that steel to the UK so we can make Alok Sharma look even better by using it to build more pretty (but largely inefficient) Wind farms. All these carbon miles from Oz-China-UK won’t be counted… and Britain can rejoice because we managed to stop producing coking coal here…