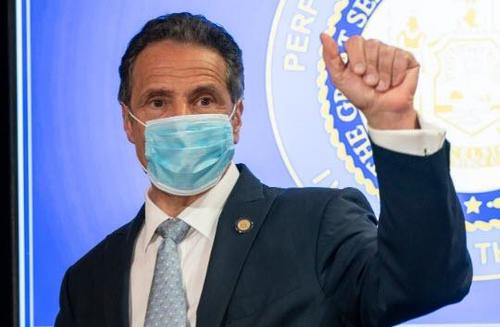 The alleged coverup was first reported by the New York Post. In an audio recording obtained by the Post, Melissa DeRosa, Cuomo’s chief of staff, told a small group of Democratic lawmakers that the governor’s office “basically froze” when they were asked by the U.S. Department of Justice to turn in the data, because they worried that then-President Donald Trump would use the information as a “giant political football” against them.

“[President Trump] starts tweeting that we killed everyone in nursing homes,” DeRosa said during the private call, according to the NY Post.

As we detailed earlier, even New York City Mayor Bill de Blasio on Friday called for a “full accounting” of whether Gov. Andrew Cuomo’s administration withheld information about deaths from the CCP (Chinese Communist Party) virus in nursing homes across the state.

“It’s very troubling. We’ve got to know more. We now need a full accounting of what happened,” de Blasio said on WNYC’s “The Brian Lehrer show.”

We suspect Cuomo will ignore it in all his prepared remarks and updates but hopefully at least one reporter will have the courage to ask…or can Cuomo somehow ‘filibuster’ his way through it unscathed?