As many Americans take a day off from bidding up penny stocks, the global bond market is taking a rather serious bath.

German bund yields are up 5bps this morning to -37bps, the highest yield since June 2020… 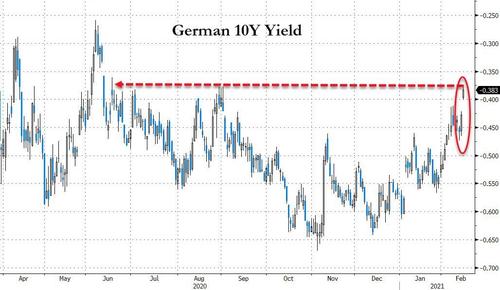 And US Treasury futures were monkey-hammered overnight, with the Long Bond down a point, implying a jump of around 4-5bps in the 30Y Yield to 2.05%… 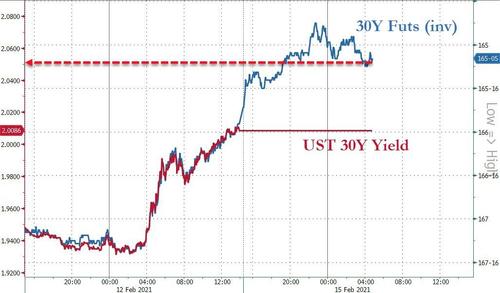 Ultra futs are down almost 15% since August… 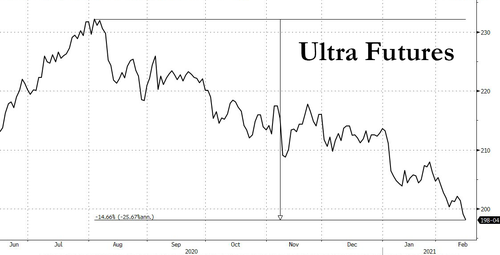 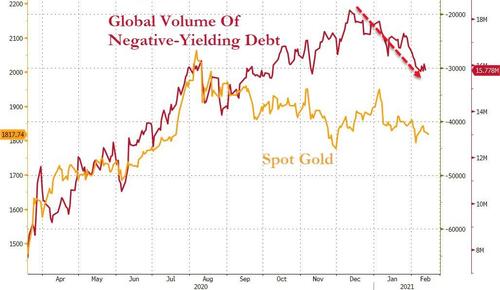 But still – that’s $16 trillion worth of farcical paper floating around looking for the next bagholder.

Interestingly, as global bond yields have surged, the aggregate net speculative positioning across US Treasury futures has shrunk (and i snow at its least short since April 2018)… 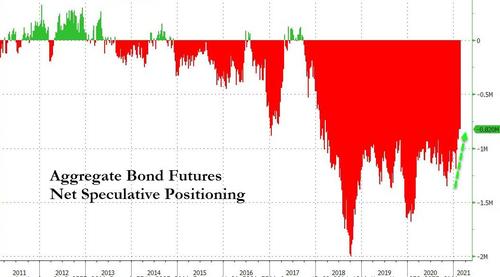 Jeff Mayberry: “As we like to say at DoubleLine, we need two consecutive closes to confirm the level. When the markets re-open Tuesday, we’ll see whether those 1.2 and 2 percent levels hold.”#pivots #support #UST #rates #inflation

The big question is – will The Fed allow it? Or on the other hand, will investors re-allocate away from ‘expensive’ stocks to ‘cheap’ bonds? 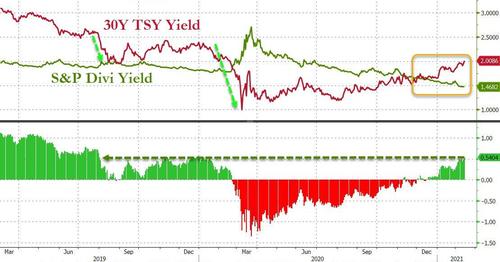