As the number of confirmed COVID-19 infections in the US races toward the 30MM mark (the tally was at 27.6MM confirmed cases as of Monday morning, according to Johns Hopkins), new cases are tumbling to their lowest daily tallies since October, as weather – if only for a brief moment – reasserts itself as America’s favorite national topic of discussion. 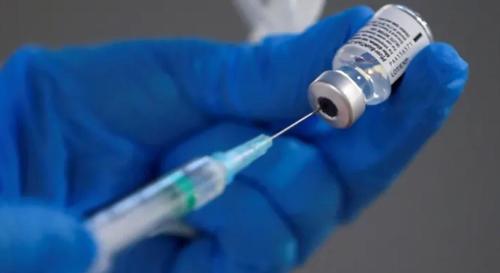 Cuba has joined the race (via Mexico, according to Bloomberg) to produce COVID-19 vaccines (while also developing its own home-grown vaccine program), however, it appears doubts about the efficacy of new mRNA vaccines are lingering.

The US isn’t the only country seeing falling COVID rates: the global daily rate of new COVID cases has fallen to 275.9K.

But the US is also leading the world in vaccinations, at a rate of nearly 1.7MM people per day, while more than 173MM doses of various vaccines tracked by Bloomberg have been given, according to official data.

Worries about “regional spread” of various COVID-19 “variants” (mutated strains showing higher levels of infectiousness and increased resilience to the first generation of vaccines) remains high around the world, as France worries about variants of the coronavirus that are spreading in some northern and eastern parts of France).

But in Brussels, the EU anti-fraud office has warned the governments of its member states to be on alert to schemers looking to sell fake COVID-19 vaccines as some members “get desperate” after the Continent’s vaccine rollout, which has been criticized by some as painfully slow.

In the UK, PM Boris Johnson announced Monday that the government and the NHS had achieved their goal of vaccinating everyone in the country over the age of 70 who wanted a vaccine. Meanwhile, the first wave of passengers temporarily staying in British airport hotels to begin 10 days of isolation as tough new quarantine measures, justified by news about the potentially more dangerous new variants, came into effect. BoJo also said during an interview earlier that while Britons likely won’t need a “vaccine passport” to visit the local pub, the policy is still “in the mix” when it comes to international travel.

Prime Minister Boris Johnson says he doesn’t think vaccine passports will be needed to go to the pub but they are ‘in the mix’ for international travel. pic.twitter.com/lySarkz1gv

In other news out of the US, California’s 14-day positive test rate dropped to 4.6% yesterday, the lowest since Nov. 15, while Ohio reported 1.8K cases, the fewest since October.

Here’s some more COVID news from overnight and Monday morning:

Finally, in the latest setback for the AstraZeneca COVID-19 vaccine, South Korea has decided not to use the AstraZeneca vaccine on people 65 and older until researchers can confirm the vaccine’s effectiveness on patients in the age group, continuing a trend that began in Europe, when Germany, followed shortly thereafter by France, declined to approve the vaccine in people 65+ without further study embarrassing the UK after its government became first in the world to approve the AstraZeneca-Oxford vaccine.